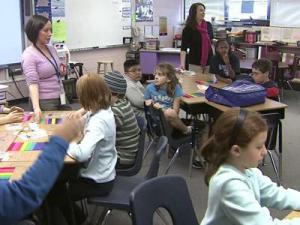 The report acknowledges the long-running conflicts over when school should start and end between those seeking to preserve summer vacations and education leaders seeking flexibility.

That “disagreement among stakeholders regarding when North Carolina should start and end the school year cannot be reconciled,” a report summary says. “Any decision will be perceived as favoring the interests of some stakeholders over others.”

Under current law, traditional-calendar schools may start no sooner than the Monday closest to Aug. 26 and end no later than the Friday closest to June 11. There are exceptions for schools designated as year-round, but even those dispensations come under fire from time to time.

The two biggest players in this debate have been the travel and tourism industry, which argues a school year that starts in early August would strip away family vacationers and high school students as seasonal workers, and schools that say that an earlier start would help prevent knowledge loss in students and allow the first semester to end before winter break.

While the report does not suggest scrapping the school calendar law entirely, it does say that districts and schools rated as low-performing should be given the option to rearrange their calendars and authorizes studies to see whether the new schedules improve academic performance.

School calendar bills have been one of the biggest flash points of conflict at the General Assembly over the past 20 years. Rather than lining up along partisan lines, votes on these bills tend to marshal based on whether they hail from tourism-dependent economies or not.

While a PED report doesn’t guarantee success – or even that a bill will be introduced – the division’s reports have a good track record of serving as the basis for legislative action.