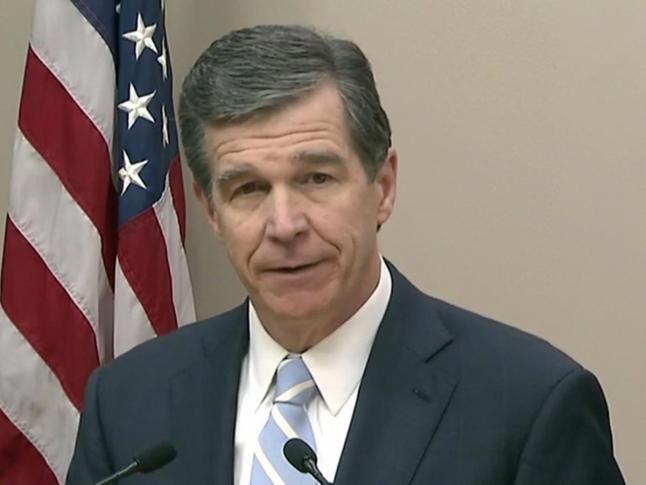 Cooper said the legislature needs to act with urgency to rescind House Bill 2 to ensure North Carolina isn’t blackballed by the NCAA from hosting championships for the next six years, and he said his plan would address the major concerns of Republican legislative leaders.

The General Assembly passed House Bill 2 in a one-day emergency session last March to head off a Charlotte ordinance that would have required businesses to allow transgender individuals to use the public bathroom of their choice. The state law requires people to use bathrooms in schools and government buildings that match their birth gender and lets businesses make their own rules for bathroom use. But it also created a statewide nondiscrimination policy that excludes the LGBT community from protections, prohibited cities and counties from adopting their own policies and barred cities from setting their own minimum wage.

Cooper said he hasn’t yet discussed the deal with Senate President Pro Tem Phil Berger or House Speaker Tim Moore, but he pressed them in a news conference to push GOP lawmakers to accept the deal.

An effort to repeal the law in December that included Charlotte rescinding its ordinance went down in flames after Berger, R-Rockingham, tacked a six-month moratorium on local nondiscrimination ordinances onto the repeal legislation.

House and Senate Democrats have filed three bills in recent weeks to renew repeal efforts, but Berger has insisted that any repeal effort include some sort of compromise to ensure the safety of women and girls in public bathrooms and locker rooms.

Cooper said ratcheting up the sentences for sex-based crimes in those locations would do more to protect public safety than House Bill 2 ever did.

“House Bill 2 doesn’t do anything to protect anybody,” he said. “This proposal protects all kinds of people in public restrooms and dressing rooms, and it sends a strong signal that the state is not going to tolerate these crimes.”

Berger questioned Cooper’s sincerity in floating the plan, suggesting that the governor didn’t properly enforce trespass laws involving bathrooms when he was state attorney general and noting “it does not require an assault to make a woman feel violated.”

“This proposal does nothing to address the basic privacy concerns of women and young girls who do not feel comfortable using the bathroom, undressing and showering in the presence of men,” he said in a statement. “Gov. Cooper continues to dodge the question, but North Carolinians deserve to know his position on the key HB2 issue: Does he believe men should be able to go into women’s bathrooms and shower facilities?”

Cooper said local governments need to decide such questions because they are the closest to the people they represent. He said his 30-day notice plan would ensure that local nondiscrimination proposals would be carefully considered and thoroughly debated before any vote.

“If the legislature had had to give 30 days (notice) before it passed House Bill 2, it never would have passed it,” he said.

The Charlotte ordinance was debated for much longer than 30 days before it was passed, but he noted the landscape has changed since then. Local governments and state lawmakers are in closer contact now, he said, and officials realize the damage that can be done by another “fiasco of House Bill 2.”

The law has brought nationwide scorn on North Carolina, including businesses scrapping plans for expansions, entertainers canceling concerts and organizations moving their conventions elsewhere. The NBA moved the All-Star Game, which would have been in Charlotte next weekend, to New Orleans, and the Atlantic Coast Conference also moved its football championship from Charlotte to Orlando, Fla.

The NCAA has already stripped North Carolina of about a dozen championships in various sports, and sports marketing officials say communities around the state are unlikely to be granted any of their bids to be host sites for 133 NCAA events through 2022 if House Bill 2 remains on the books. Those bid decisions will be made in the coming weeks.

“February needs to be the month that we get this done. It may be too late otherwise,” Cooper said.

LGBT advocates criticized the plan, however, saying the state needs a simple repeal without any strings attached.

“Thirty days (notice) is unnecessary. Local governments have the ability to decide protections for their own citizens,” said Chris Sgro, executive director of Equality North Carolina. “Every other piece of this conversation (beyond a repeal) is a distraction.”

Sgro, a former House member, blasted Berger and Moore, R-Cleveland, comparing them to Lucy repeatedly pulling the football away as Charlie Brown tries to kick it so he lands on his back instead.

“We all were around in December, and we all would do well to remember what happened in December when Berger and Moore got precisely what they asked for. Charlotte City Council went out on a limb, the governor went out on that limb with them and Berger and Moore cut that limb out from underneath the council, the governor and the entire state,” Sgro said.