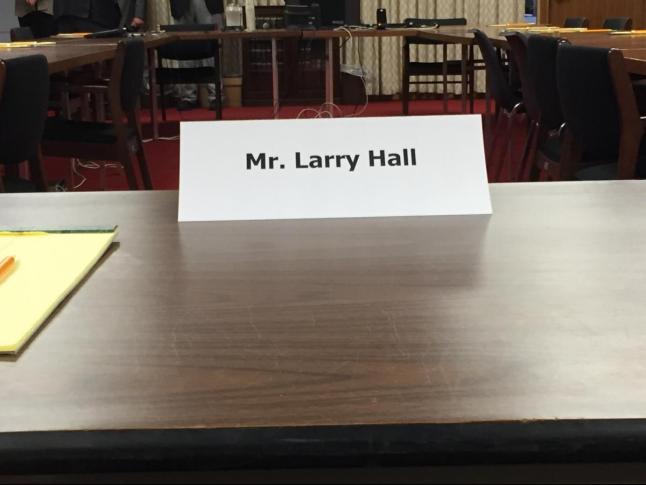 Raleigh, N.C. — ​A three-judge panel says the state Senate can move ahead with confirmation hearings on Gov. Roy Cooper’s cabinet nominees despite objections by the governor that the process is unconstitutional.

The six-page ruling says Cooper has not yet suffered any harm. However, if one of his cabinet nominees is turned down, the order makes a point of saying Cooper can come back to the court. In the mean time, the court dissolved its prior order blocking nomination hearings from having any impact.

Senate Rules Chairman Bill Rabon, R-Brunswick, called the ruling “good news” shortly after it was released at noon. The Senate had started, and then stopped, its confirmation process last week. Rabon said he believes that process will restart soon.

“We will meet and discuss before re-engaging,” he said.

This disputes stems from a special General Assembly session held in December just after Cooper, a Democrat, became the clear winner of his election against Republican Gov. Pat McCrory. Lawmakers passed a pair of bills that stripped Cooper of some of his office’s authority before he was sworn in.

Cooper has gone to court, asking that those measures be declared unconstitutional. Until the trial, Cooper had asked that the law with regard to appointments be put on hold.

The three-judge panel did not rule on whether the confirmation process set up by the Senate is constitutional, only that Cooper had brought his case too soon.

A trial on the law’s constitutionality is scheduled for March.

Until Tuesday, House and Senate leaders had been harshly critical of the three judge panel, saying it had over-stepped its authority by putting even a temporary hold on deliberations. This latest ruling earned lawmakers’ praise.

“It is incredibly encouraging that this court has shown judicial restraint and rejected Gov. Cooper’s extraordinary request to stop the people’s elected representatives from conducting a fair, open and transparent hearing process to determine whether his proposed cabinet secretaries are qualified, without conflicts of interest, and willing to follow the law,” reads a joint statement from Senate President Pro Tempore Phil Berger, R-Rockingham, and House Speaker Tim Moore, R-Cleveland.