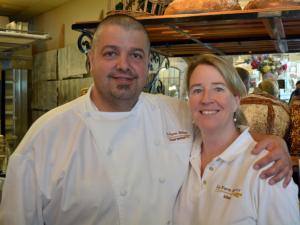 The awards are often referred to as “The Oscars of Food,” and the Triangle has a legacy of taking home honors.

Andrea Reusing of Lantern in Chapel Hill and Raleigh’s Ashley Christensen (Poole’s, Death and Taxes, Beasley’s, Chucks) are semi-finalists for outstanding chef in the country.

Gabe Barker of Pizzeria Mercato in Carrboro was named a semifinalist for the James Beard Rising Star Chef of the Year.

North Carolina is also well-represented in the list of semi-finalists for best chef in the southeast. Among those on the list: ​

Finalists will be named next month. The winners will be announced during a gala at Lyric Opera of Chicago in New York City on May 1.