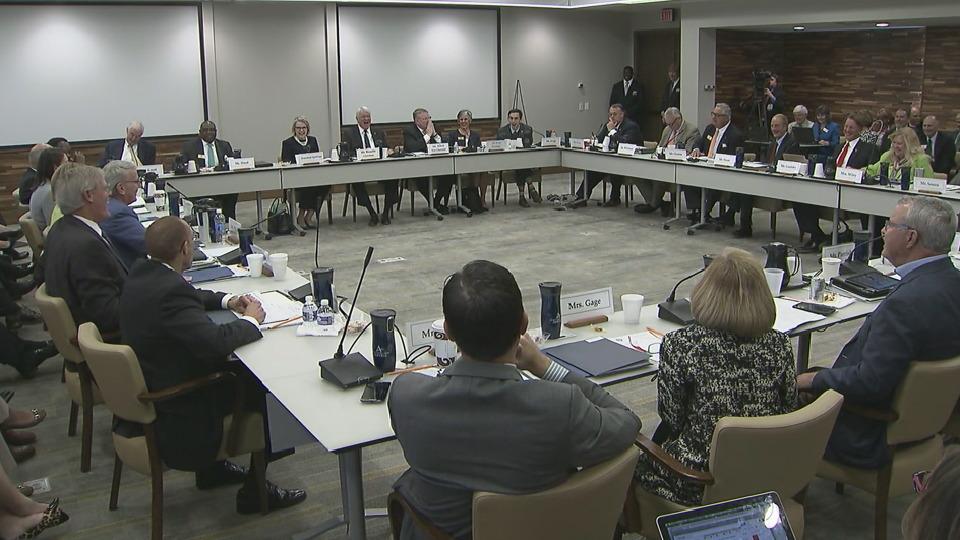 Raleigh, N.C. — A proposal to cut the system of the University of North Carolina system Board of Governors is one vote away from becoming the first legislation to head to Gov. Roy Cooper for his signature or a veto.

The Senate gave tentative approval to House Bill 39 on Thursday by a 41-4 vote before an objection from the floor forced a delay on final passage until next week.

The measure calls for reducing the Board of Governors from 32 to 24 members within three years, with 12 people appointed this year and another 12 in 2019. Backers say the move will make the board more efficient, and no members will be removed from the board or will have their terms shortened.

Sen. Jay Chaudhuri, D-Wake, tried to add provisions to the bill that he said would result in less politics and more diversity on the board. Under his plan, members would serve a single eight-year term instead of up to three four-year terms, the governor would be able to appoint eight of the 24 members – the General Assembly now names all members – and some of the members would have to be from rural areas, historically black colleges and from non-research schools in the UNC system.

Chaudhuri noted that only six of the current Board of Governors members are women, only four are black and only one graduated from a historically black college. Also, half of the 32 members graduated from either UNC-Chapel Hill or North Carolina State University, while nine of the 16 campuses have no graduates on the board.

Sen. Bill Rabon, R-Brunswick, said state law already calls for considering geographic, racial and gender diversity in appointing people to the Board of Governors, and Sen. Dan Bishop, R-Mecklenburg, said Chaudhuri’s amendment would create “a straitjacket” for the process that amounts to a quota system.

Despite calls from other Democrats calling for more diversity on the board, the amendment failed 11-34.