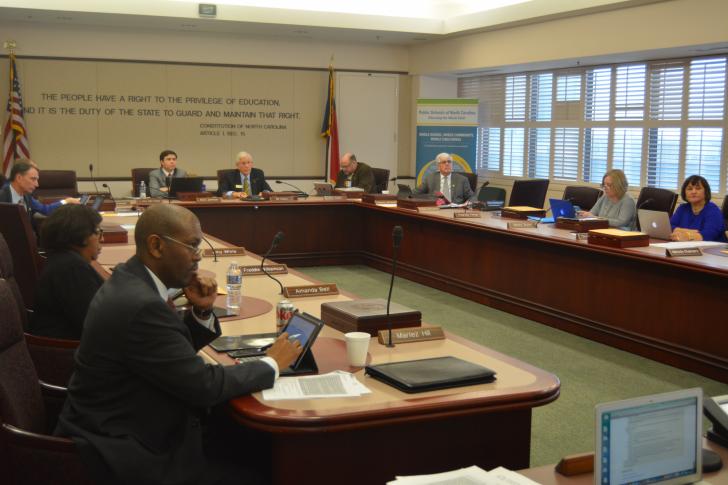 Raleigh, N.C. — A bill filed Thursday by three Republican lawmakers seeks to make major changes to the way the State Board of Education is composed, including electing members instead of appointing them, giving the state superintendent voting rights and removing the state treasurer from the board.

When reached Thursday, State Board of Education Chairman Bill Cobey said he was not aware of the proposed changes.

“This is news to me. I may have some thoughts once I have a chance to study the bill, but for now, I have no comment,” Cobey said.

State board member-at-large Eric Davis had a similar response.

“This is the first I have heard of this bill and have not studied it. So, no comment at this time,” Davis said.

Emails to the remaining state board members and State Treasurer Dale Folwell were not immediately returned. A spokesman for Lt. Gov. Dan Forest did not offer any opinion about the bill.

“This is one of hundreds, if not thousands, of bills that will be filed this session,” said Forest spokesman Jamey Falkenbury. “We will monitor it as it moves its way through the legislative process, and when we have a chance, will discuss the bill with the sponsors.”

The bill comes during a tumultuous time for the state board, which is embroiled in a court battle over whether the board or state superintendent should have the ultimate authority over North Carolina’s education bureaucracy.

In an interview earlier this month, Superintendent of Public Instruction Mark Johnson said he should have more power because he was elected.

“I was the one who was on the statewide ballot. People went and voted for the office of the state superintendent,” Johnson said.

Johnson could not immediately be reached for comment about the bill filed Thursday.

The bill proposes giving the state superintendent voting power and suggests that the superintendent, in addition to voting board members, be the secretary and chief administrative officer of the State Board of Education.