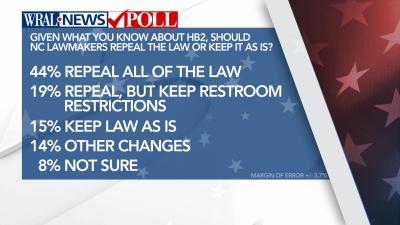 That exchange came one day before state lawmakers passed House Bill 2 in a one-day special session last March and McCrory signed it into law hours later.

The law excludes sexual orientation and gender identity from anti-discrimination protections. It also requires transgender people to use restrooms in public buildings matching the sex on their birth certificates.

The law triggered a backlash from LGBT advocates and businesses who say it’s discriminatory.