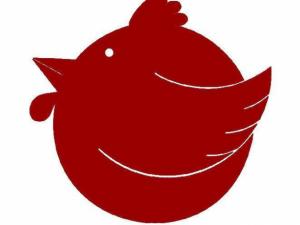 Raleigh, N.C. — The latest on restaurant openings, closings, foodie events, food trucks and more in the Triangle and beyond.

After six years in business,Little Hen in Apex will serve up its last meal Saturday night. Don’t despair, owner and chef Regan Stachler said he has some new projects on the way so stay tuned. (Thanks to Twitter follower Burgeoning Baker for the tip.)

The News & Observer noted this week thatFamous Toastery, with a location in Cary’s Waverly Place, is set to open a second location in Morrisville’s Weston Corners next month. And that will quickly be followed by at least eight other locations in and around the Triangle.

Also in Morrisville, a quick update on the upscale Asian restaurant G.58that is located at the corner of Chapel Hill Road and Carrington Mill Blvd. Saw on a Craigslist posting this week that they are beginning to hire for all positions. That simply means we are getting closer to an opening. From what we understand, this concept is from the same folks that were behind the 35 Chinese over on Kildaire Farm Road.

Over in Cary, according to a tip on a Yelp message board it appears as if the latest version ofGuasaca has opened in the new Weston Corners retail complex at the intersection of Weston Parkway and Chapel Hill Road, less than a half-mile from the Park West Village shopping center in Morrisville.

The ITB Insider reported this week that Chronic Tacos will open at the new Sprouts grocery store anchored Olive Park shopping center on Falls of the Neuse Road in Raleigh. There is already a Chronic Tacos in Chapel Hill, and one planned in Wake Forest.

And just like that,Living Kitchenhas opened their latest location (last Friday) – this one in Chapel Hill on Elliott Road in the new Village Plaza development next to Whole Foods at 201 South Elliott Rd. Their first Triangle-area location is in the Charter Square building on Fayetteville Street in downtown Raleigh.

Over in Durham, Bites of Bull City blogger Amber Watson tipped us off to the news that an Ethiopian restaurant calledGoorsha is coming to 910 W. Main St. in downtown Durham in the old Rainbow Chinese Restaurant space.

And just like that, after last week’s plea, we have dates for this year’s Downtown Raleigh Food Truck Rodeos. Go ahead and mark your calendars for Sunday, May 7, Sunday, Aug. 6 and Sunday, Oct. 8 (only 3 this year compared to 4 in years past).

Also, Gonza Tacos’ new food truck will be rolling out this weekend. Catch it outside of House of Hops, 6909 Glenwood Ave. in Raleigh, on Sunday from 2 p.m. to 8:30 p.m.

Families Moving Forward in Durham is launching Chefs for Change, a fundraising dinner series that will pair the burgeoning Durham food scene with the needs of families experiencing homelessness. The series kicks off Feb. 20 with a launch party at the Rickhouse and will be followed by a dinner every other month (beginning in April) featuring a distinguished chef serving three or more courses. All proceeds from ticket sales benefit Families Moving Forward. The chef line-up will be announced at the launch party. Tickets to that are just $25.

The Lucy Daniels Center is proud to announce the inaugural Cooking for a Classic series. This event held at 1705 Prime in Raleigh throughout February and March will feature the talents of 16 local and regional chefs competing head to head to win a beautifully restored 1969 Corvette Stingray. The competition is structured tournament style, with two chefs paired together each night and the winner advancing to the next round until a champion is crowned.

How about this…Girl Scout cookies and beer? Genius, right? Is it just me, or is everyone’s mouth watering as well? Brixx Wood Fired Pizza at Parkside Town Commons and Bradford Shops in Cary will be offering a unique Beer & Girl Scout Cookie TastingWednesday, Feb. 22. The Beer & Girl Scout Cookie Tasting menu will be available from 5 p.m. to close for just $5.50. Guests will receive three drink samples specifically selected from a variety of craft beers accompanied by three popular girl scout cookie samples, such as Samoas, Thin Mints, Peanut Butter Patties and more. Check out Brixx here.

Empty Bowls, the signature event for Urban Ministries of Durham, will take place the evening of Thursday, March 2, at Durham Convention Center. You’ll have the chance to sample soups prepared by local chefs and vote for your favorites. Local artists and artisans are making hundreds of hand-crafted bowls, and with certain tickets, you can select one to take home. The family-friendly evening (kids 6 and under admitted free for soup only) includes music and the chance to learn more about the important work Urban Ministries of Durham does to feed, clothe and shelter our neighbors.

Viceroy Durham will collaborate with Bull McCabes Irish Pub to celebrate the spring festival of Holi on March 11 on the lawn at Bull McCabes. The food will be a preview of the Thali style dishes that will be available when Viceroy opens for lunch service. The color fight will be taking place between noon and 3 p.m. with kid’s activities throughout the day, and DJs will keep the party going until 11 p.m.

DPAC is partnering again with Tyler’s Restaurant & Taproom and Sam’s Quik Shop to host the fifth annual Bull City Food and Beer Experience on March 12. The event features the Harris On stage Experience showcasing additional breweries and local food vendors, unlimited samplings and three floors of food and beverage options, so make sure you visit each level of DPAC’s lobbies for the full experience.

April 20-23 are the dates for TASTE, a huge culinary event that includes a series of culinary experiences. Now in its fourth year, TASTE invites and assembles more than 50 of the best chefs, culinary artisans, artists, brewmasters, sommeliers and mixologists in the local area. Enjoy “Grand Taste” signature experiences, where you can sample the area’s best chefs, spirits and craft beers, as well as special dinners and classes.

On April 30 from 5-10 p.m. at the Rickhouse in Durham, guests can sit back and watch the excitement while local, renowned chefs prepare a five course, farm-to-table feast showcasing local ingredients and inventive plate presentation right before your eyes. The Taste for a Cure event will begin with a cocktail hour at 5 p.m. where chefs will prepare the first course right before your eyes. Individual tickets are $225.

I got word from event organizer Lisa Jeffries that the Raleigh Food & Wine Festival has set their dates for this year as May 18-21. Go ahead and mark your calendar.