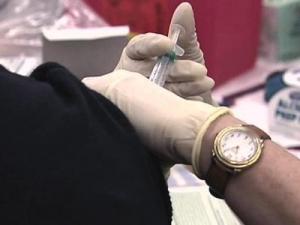 Raleigh, N.C. — In the last few weeks, North Carolina has seen a big spike in the number of flu cases, and according to the Centers for Disease Control, the flu is now widespread in the state.

Older adults are getting the hardest hit with the most common strain – H3N2. So far, 32 people have died.

Michelle Bae, a nurse practitioner at Growing Child Pediatrics in Raleigh, said she has seen an uptick in flu cases in the office.

More than 50 patients at the practice tested positive for flu in the last two weeks.

The number of flu-related deaths in North Carolina are higher than last year, but lower than the year before, when more than 200 people died.

“We can’t predict when it is going to level off. All we can do is just put the information out there as quickly as we get it so the doctors and the public know what’s going on,” said Zack Moore, an epidemiologist.

This year, the strain is putting older adults at risk.

“We are seeing a lot of flu deaths in people over 65. Seeing a lot of outbreaks in nursing homes and long-term care facilities,” Moore said.

According to health experts, the best way to prevent the flu is to get a flu shot.

Doctors say it is not too late to get vaccinated. It can cut the chances of getting the flu in half.