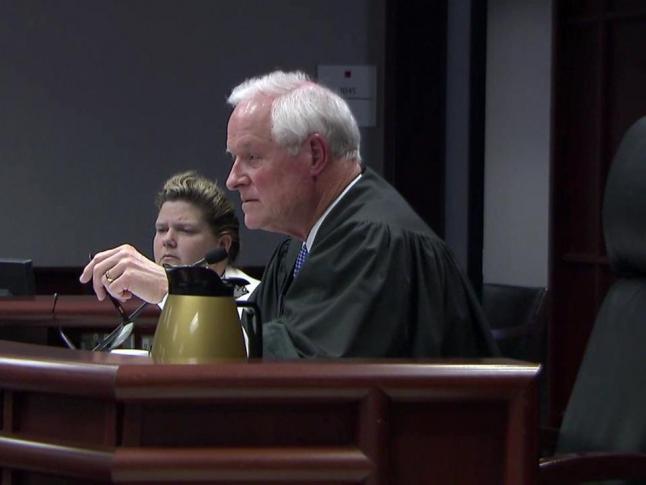 Raleigh, N.C. — State House lawmakers are seeking to complete the process of making all of the state’s judicial races partisan again with a proposal addressing District Court and Superior Court seats – the only judicial races that are currently nonpartisan.

In 1996 and 2001, state lawmakers removed party affiliation from those races. In 2002, they made Court of Appeals and Supreme Court races nonpartisan as well. The argument for doing so was that voters expect judges to be nonpartisan and non-ideological and that voting on judges by political party had led in some cases to the defeat of well-respected jurists at the hands of barely qualified candidates with political backing.

Yet, despite efforts by the State Board of Elections and nonprofits to send voters information about judicial candidates and their qualifications, the down-ballot drop-off in those races became more noticeable than ever.

Morgan is a Democrat, while Edmunds is a Republican.

Rep. Justin Burr, R-Stanly, is the lead sponsor of House Bill 100, which would return party affiliation to District Court and Superior Court races. It passed the House Elections Committee on a narrow voice vote Tuesday morning and could be on the House floor as soon as Wednesday.

Burr said nonpartisan judicial races have “caused confusion and allowed judicial candidates to win for no other reason than their position on the ballot or a catchy name.” He said the partisan identification would give voters “at least a general idea” of a candidate’s judicial philosophy.

Rep. Jason Saine, R-Lincoln, added that partisan identification of judges “is pretty much what is happening in practice across the state anyway” through party volunteers and poll workers handing out lists of endorsed judges to voters heading into polling places.

“It’s information that voters are hungry for,” Saine said.

Rep. Grier Martin, D-Wake, agreed that most voters don’t have adequate information about judicial candidates when they go to the polls. But he said they should be given information about the candidates’ qualifications and experience, not their party affiliation.

“Both parties agree we don’t want activist judges,” Martin told the committee. “You’re creating a system that almost guarantees you that you’ll get more judicial activists.”

Rep. Darren Jackson, D-Wake, warned that the move could hurt well-respected Republican judges in Wake and other Democratic-leaning counties, while Rep. Mickey Michaux, D-Durham, said it might be time to consider selecting judges by merit appointment rather than election.

But supporters of the bill disagreed.

“Partisanship has taken a negative connotation lately,” said Rep. Harry Warren, R-Rowan, arguing that a judge’s political affiliation “doesn’t mean they’re a stubborn ideologue who can’t be impartial or objective in their decisions.”

“They don’t ask who the fairest judges are. They don’t ask who went to Harvard. They ask, ‘Hey, do you have a list of Republican judges?'” he said of voters at the polls. “It’s up to us to educate the public as much as we can.”