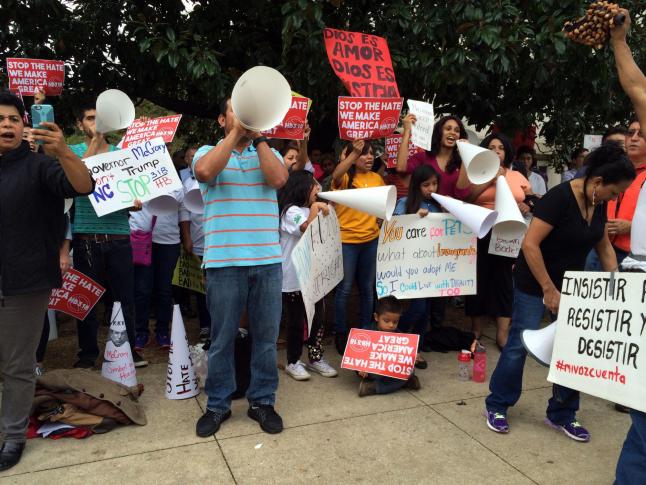 RALEIGH, N.C. — North Carolina lawmakers are again considering whether to punish local governments if they don’t comply with federal immigration law or have policies discouraging police from collecting information about the immigration status of suspects and others.

Several House Republicans have filed legislation that would direct state officials to withhold pots of tax money distributed to municipal and county governments that don’t follow a 2015 state law prohibiting what are known as “sanctuary” policies.

“All this bill does here is establish the consequences,” Rep. Harry Warren, R-Rowan, a sponsor of the legislation, told the House Judiciary II Committee on Tuesday.

The panel examined the measure, took public comment from several opponents, but didn’t vote on it. The measure comes amid national debate over President Donald Trump’s executive order on immigration.

The bill also would increase criminal penalties for people who sell fake or fraudulent driver’s licenses or other identification cards and make it harder for people who are illegally in the United States to be released from jail before a criminal trial.

Warren said his bill and former immigration measures in the past seek a “balance between addressing those in the undocumented community who are engaged in criminal activity (and) those whose otherwise only crime is coming into the country undocumented.”

The 2015 law targeted policies held by a handful of towns and cities that instructed law enforcement and other officials not to ask the immigration status of people with whom they come into contact or ignore deportation orders in some cases. Since then, the North Carolina League of Municipalities knows of no city or town that has violated the law, league spokesman Scott Mooneyham said.

The scope of taxes to be withheld under the legislation for violators isn’t as broad as another proposal considered last year, but would still cover distributions for taxes on beer and wine, piped natural gas and telecommunications and video programming.

“Creating penalties that have no direct connection to the actions that are meant to be penalized appears unprecedented in North Carolina,” Mooneyham said in an email.

During Tuesday’s meeting, attorneys, speakers for the Latino community and the state chapter of the American Civil Liberties Union said the measure was rife with constitutional concerns and would erode relations between law enforcement and local immigrant communities.

“It would not make North Carolinians safer, the immigrant community safer or help federal law enforcement in the executive of their duties,” Durham immigration attorney Evelyn Smallwood told the panel.

Aaron Sanchez, a member of a Latino student organization at North Carolina State University, said the bill is “detrimental to a future where Latino communities can cooperate and trust and work with law enforcement.”