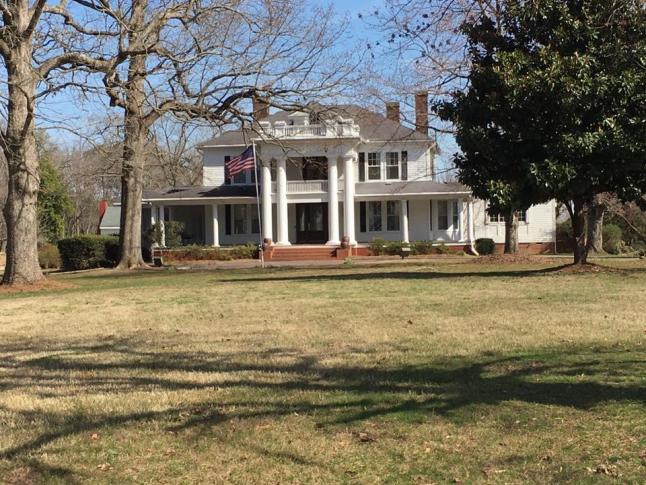 Franklinton, N.C. — The plan to tear down an iconic Franklinton house that was built in the 1840s and has become a popular site for weddings and family reunions is sparking some angry responses on social media.

The old house on Cedar Creek Road with grand columns and a white wooden fence around the yard makes Ed Harris feel young again when he remembers how he savored Septembers in the back yard.

“I used to come out here fishing when I was a little boy. Both my brother and I were raised in Franklinton. My great aunt lived here,” Harris said. “We’d crawl all over that scuppernong grape vine, eating grapes. It was some kind of good.”

The house Harris’ great-great grandfather built before he took up arms with the Confederate Army is making its last stand as rumors circulate that the old house will soon be history.

“Well, I’ve heard that the insulation is bad, it needs to be re-piped and new electricity wires put in,” Harris said.

Glenn Boyd said he bought the property with the intention to restore it, but the home has so much non-original construction that its historic integrity has been compromised. He said the house is in such bad shape that it would not be financially feasible to renovate, so he plans to demolish it.

Harris said the home has sentimental value for him, with family reunions and wedding portraits happening on the property over the years. He said he would like to see the home remain.

“I feel bad about it because I think it’s a structure that needs to be preserved, even though it might cost some money to bring it up to code or bring it up to standards. It’s a beautiful house,” he said. “This is history, this is the heritage of this area. I’m here today because of the people who lived there in that house.”