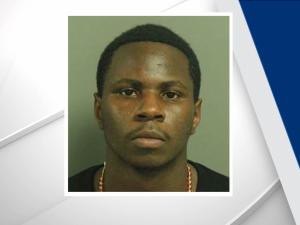 Raleigh, N.C. — The 14-year-old victim in a crash that ended a police chase through Wake County Thursday night has died, according to police.

The chase started around 6:55 p.m. on Thursday when Garner officers tried to stop Kawme McGregory, 18, for speeding on Garner Road near New Rand Road, according to police. Before the officer could approach McGregory’s car, he sped off.

The officer chased McGregory through Garner and ultimately onto Rush Street where the officers lost sight of McGregory’s vehicle.

The officers then turned north onto Hammond Road. When they passed the Interstate 40 interchange, they saw that McGregory’s vehicle had been in a crash with a white van.

A crash report released Friday morning said the van, which belonged to Neighbor to Neighbor Ministries in Raleigh, was trying to make a left turn from Hammond Road onto the I-40 ramp when McGregory crashed into it.

McGregory was taken to WakeMed with serious but non-life-threatening injuries.

Shaun Dontay Jackson, 36, of Raleigh, was driving the van. A 12-year-old boy was also injured in the crash.