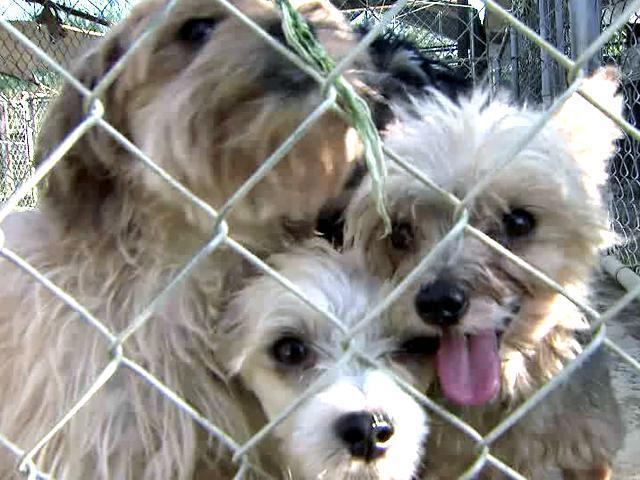 Raleigh, N.C. — For the past two sessions, Rep. Jason Saine, R-Lincoln, has led a bipartisan group of House members to pass legislation seeking basic regulation of large commercial dog-breeding operations, but the proposals have stopped cold in the Senate.

Saine, who this week filed House Bill 179, is hoping changes in the Senate will make this third time the charm.

North Carolina is one of few states in the country that has no oversight of so-called “puppy mills.” It’s also been the location of many large puppy mill busts, including one last September near Charlotte that netted more than 130 animals.

Saine said he pledged to file a bill each session after he was involved in a puppy mill bust as a volunteer firefighter, an experience he described as horrific.

The bill would require the owners of 10 or more female dogs who breed puppies for sale to meet basic standards for providing food and water, medical care, housing, exercise and hygiene for the animals.

“The problem continues to compound, and I know that folks in the Senate are often hearing from folks in their district as we have puppy mill busts all across this state. We know it’s a problem,” Saine said.

Sen. Bill Rabon, R-Brunswick, has opposed Saine’s proposals in the past, and the veterinarian is now the chairman of the powerful Senate Rules Committee, which controls the flow of bills through the chamber.

Rabon and the American Kennel Club, which has lobbied against breeder regulations, argue that such legislation, if approved, could lead to burdensome rules for liverstock operations as well.

“We’ve had, I think, majorities in the Senate before that would have supported it if it could just get to a committee or the floor in the Senate,” Saine said. “I do feel hopeful that folks are willing to work on this issue and put that issue behind us.”