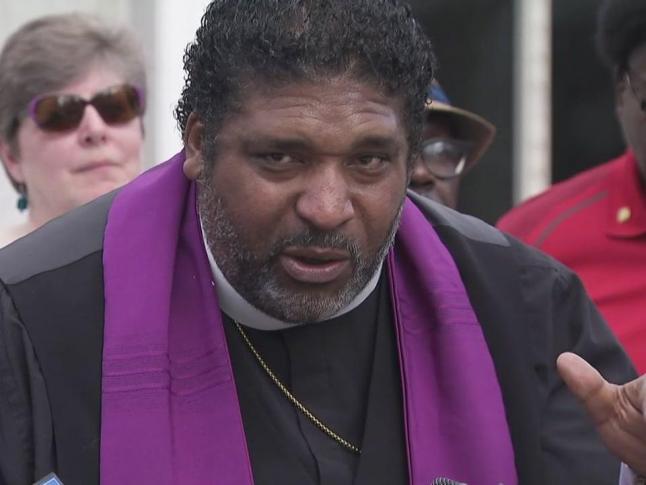 RALEIGH, N.C. — The national NAACP announced Friday it would levy an economic boycott against North Carolina to protest laws enacted by the state’s Republican-controlled General Assembly.

State NAACP President Rev. William Barber and national President Cornell Brooks said at a news conference outside the legislature that the NAACP’s national board unanimously approved the boycott, which would include skipping the Tar Heel State in the organization’s search for its national convention venue.

The NAACP’s 2017 convention will be held in Baltimore.

Barber said the boycott will remain in effect until several stipulations are met:

More than 200 other organizations plan to join the NAACP in the boycott, officials said.

Barber compared the NAACP’s boycott to the decision by the NCAA and the Atlantic Coast Conference to move championships from the state because of House Bill 2. The new boycott, Barber said, can be applied to other states, too, if laws similar to North Carolina’s are passed in the future.

“It’s time for (Cooper) to show some leadership as North Carolina’s governor, condemn William Barber’s attempt to inflict economic harm on our citizens and work toward a reasonable compromise that keeps men out of women’s bathrooms,” Berger, R-Rockingham, said in the statement.

Cooper has previously discouraged a boycott, saying the NAACP, other groups and businesses need to keep coming to the state to help turn the tide toward ending discrimination.

Dallas Woodhouse, executive director of the North Carolina Republican Party, called the boycott “economic hostage-taking,” noting it would hurt the people who work in the hospitality and service industry.

“They are looking at innocent North Carolinians and looking to inflict retribution and punishment on them,” Woodhouse said. “It’s a sad day and something the people of North Carolina ultimately will not appreciate.”

Previously, the NAACP held a 15-year economic boycott of South Carolina over the flying of the Confederate battle flag on Statehouse grounds. That boycott ended with the flag’s removal in 2015.