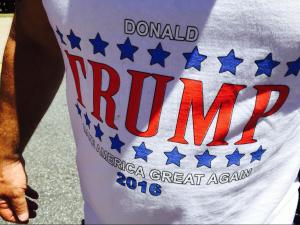 Raleigh, N.C. — A group is expected to gather on the south lawn of the State Capitol building in downtown Raleigh Monday in support of President Donald Trump.

According to a Facebook page promoting the rally, the event will start at 11:30 in the morning and end by 1 p.m.

Event organizers said the “Spirit of America Rally” will begin with an opening prayer followed by the pledge of allegiance and the singing of the national anthem. After the introduction, multiple speakers will discuss topics including “life in the new age of media distrust” and how citizens can support the president, laws and communities.

“This is a grassroots movement to push back the illusion that the majority of America is outraged at the current administration,” the event page reads. “In light of the recent protests against the president we will be showing support.”

Bottled water and iced tea will be served at the event, and handouts will include a pocket-sized Constitution and a life-sized replica of the Declaration of Independence along with various flags, posters and bumper stickers.