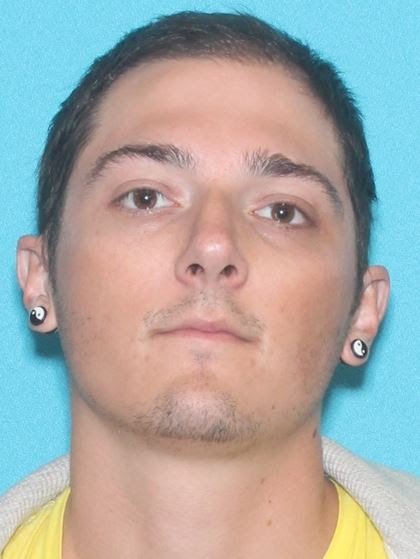 At approximately 12:18 a.m. Monday, police were conducting a driver’s license checking station along East Wait Avenue at the entrance of the Bowling Green subdivision. While speaking with Knaus, officers detected a strong odor of marijuana. After initially consenting to a search and exiting his vehicle, Knaus, 28, jumped back inside the car and struggled with officers before driving away – briefly dragging Officer J.L. McArthur and knocking him down in the roadway. Officer McArthur suffered a minor injury to his knee.

While attempting to elude police, Knaus turned into the Bowling Green subdivision where his vehicle got stuck in a wooded area behind Gracie Girl Way. The subject exited the vehicle and fled on foot. A short time later, a homeowner along Beasley Drive reported that the subject entered their home through the front door, then ran out the back door when confronted. A Wake County Sheriff’s Office K-9 unit arrived and tracked Knaus but ultimately proved unsuccessful. Officers have also been unable to locate the subject.

Anyone who believes they may know the whereabouts of Knaus are urged to call the Police Department Tip Line at 919-435-9610. All calls are confidential.