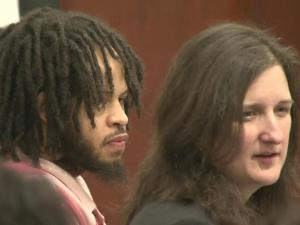 Raleigh, N.C. — After deliberating for a little more than a full day, a Wake County jury found Nathan Holden guilty of first-degree murder in the April 2014 deaths of his former in-laws. He was also found guilty of attempted first-degree murder and assault with a deadly weapon with intent to kill inflicting serious injury in the beating of his ex-wife.

During closing arguments Thursday, defense attorneys argued that Holden was devastated by the end of his marriage and afraid of his father-in-law.

“Nate took his job as a father and a partner very seriously and did the best he could,” defense attorney Elizabeth Hambouger told the jury. “What Nate did was an undeliberated, impulsive act. He didn’t plan it. He didn’t want it to happen.

“He felt judged. He felt scared that he would lose his children. Of course he would react.”

As the verdict was read, Allen hung her head as she was consoled by loved ones.

The second phase of the trial, which will determine if Holden will spend his life in prison or be sentenced to death, will begin Tuesday morning.