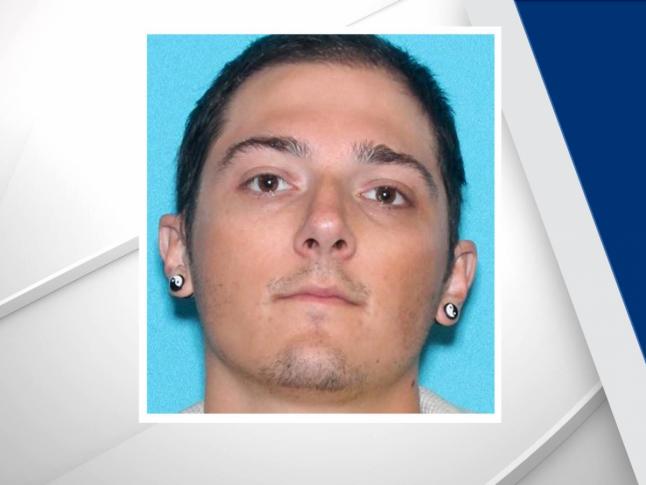 Wake Forest, N.C. — Police said Monday that they are searching for a man who briefly dragged a Wake Forest police officer while trying to evade a traffic checkpoint and then took a shortcut through someone’s home while fleeing police.

Officers were conducting a driver’s license checking station along East Wait Avenue at the entrance of the Bowling Green subdivision shortly after midnight when Jared Timothy Knaus initially consented to a search of his vehicle and got out, police said. Knaus, who police said smelled of marijuana, then jumped back inside and struggled with officers as he tried to drive off, briefly dragging Officer J.L. McArthur and knocking him down in the roadway, police said.

McArthur suffered a minor injury to his knee.

Knaus drove into the subdivision, but his vehicle got stuck in a wooded area behind Gracie Girl Way, and he fled on foot, police said.

A short time later, a homeowner along Deasley Drive reported that someone matching Knaus’ description came in the front door and then ran out the back door when confronted, police said.

A Wake County Sheriff’s Office K-9 unit tracked Knaus but ultimately lost the scent, and police haven’t been able to locate him.

Anyone with information about his whereabouts is asked to call the Wake Forest Police Department tip line at 919-435-9610.