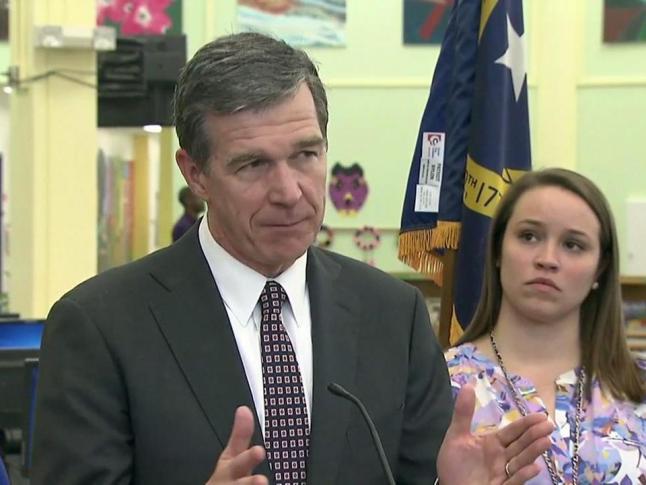 Raleigh, N.C. — Gov. Roy Cooper plans to publicly roll out his 2017-18 budget plan Wednesday morning, the beginning of his efforts to sell an education-heavy spending plan to lawmakers with whom he has clashed since being elected in November.

“Making North Carolina a ‘Top 10 Educated’ state is the backbone for a strong economy, attracting good-paying jobs, helping incomes rise and keeping our communities vibrant,” Cooper said in a news release. “I look forward to announcing my proposals to boost our education system and working with Democrats and Republicans to reach common ground and move our state forward.”

North Carolina spends about $21 billion in state tax dollars every year, with total state spending reaching around $52 billion once federal spending and other income sources are counted. Although the governor makes the first move in terms of budget writing, the bulk of the process rests with the General Assembly. The House and the Senate will each pass their own version of the budget plan.

A final tax-and-spending bill that merges the House and the Senate versions with the governor’s ideas is scheduled to be completed by the end of the fiscal year on June 30. The question for Cooper is how much of what he lays out on Wednesday will be incorporated in that final product.

Negotiations could be helped along this year by a budget surplus, although Republicans have already staked out the need to curb any impulse to overspend, while Cooper has called for investing in areas he views as neglected.

But the release was light on specifics and did not contain bottom-line numbers. It did mention providing a 5 percent pay raise for teachers and an annual $150 stipend for classroom supplies.

There is reason for some optimism on Cooper’s part. For example, he has said that he would like to raise average teacher pay to $55,000 per year, the same goal as Republicans have set out for themselves.

But the governor has clashed with Republicans on a number of issues, including House Bill 2, the controversial state law limiting LGBT rights, and whether senators have the right to confirm his cabinet nominees.

“The budget is the budget,” said Senate Budget Chairman Harry Brown, R-Onslow, saying that spending negotiations typically exist outside whatever other tensions might be going on between the different parties. “We’ll give him the courtesy of hearing him out on it later this week.”

Budget writers are planning to let the Governor’s Office lay out the budget to a joint House-Senate Appropriations Committee meeting Thursday morning.