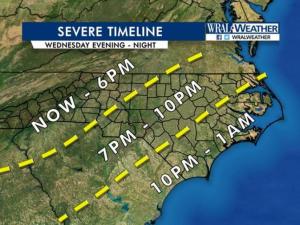 Raleigh, N.C. — The chance for severe weather in central North Carolina is at a three on a scale of one to five for Wednesday evening, with the greatest threat in counties to the north and west of Raleigh.

The first of those storms to reach the Triangle sparked just before 7 p.m., when the National Weather Service issued a severe thunderstorm warning for Alamance, Chatham and Orange counties. 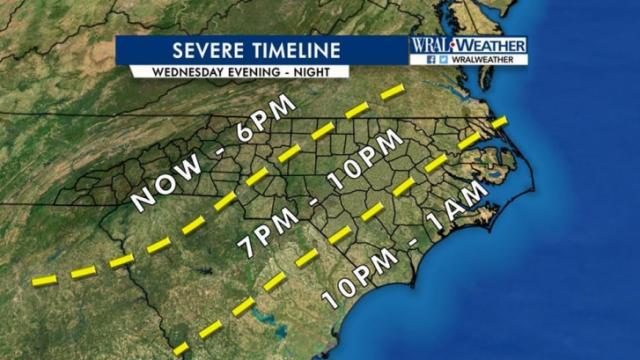 Western parts of the Triangle, including Durham, Orange, Granville, Person, Chatham, Lee and Moore counties are under a severe thunderstorm watch through 10 p.m.

While the watch area only butts up to the western edge of the Triangle, most of the central part of the state could see rain, high winds and even hail before the night is over.

“The old saying goes, ‘If you are in or close to the watch area, consider yourself in it,'” WRAL Chief Meteorologist Greg Fishel said. 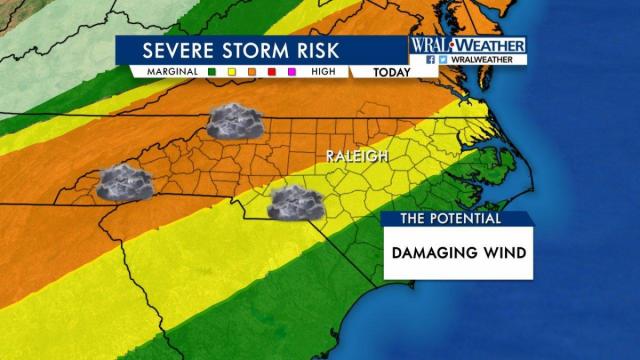 The chance for tornadoes is low, but it is not impossible that an isolated tornado could spin out of this storm system, Fishel said. The greater worry is about straight-line winds, which can down trees and power lines.

“The later in the evening it gets, and the farther east you are, the better chance you have of getting off relatively easy,” Fishel said.