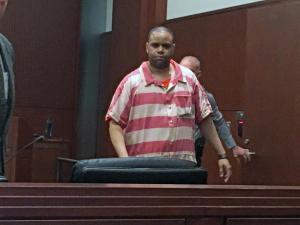 Raleigh, N.C. — The Raleigh father who confessed in early 2015 to smothering his 2-year-old around Christmas 2014 pleaded guilty on Friday to the murder.

Steven Daniel Blue pleaded guilty to second-degree murder, secretly disposing of a child’s body, conspiracy to dispose of a child’s body and felony obstruction of justice. Tristan Blue’s body was recovered from Falls Lake on Dec. 26, 2014.

Steven Blue was sentenced to at least 33 years in prison.