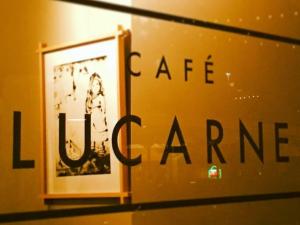 Raleigh, N.C. — The latest on restaurant openings, closings, foodie events, food trucks and more in the Triangle and beyond.

The folks over at North Hills in Raleigh announced this week that CO, a Vietnamese restaurant, will be opening in the Park District at North Hills on the ground level of the AC Hotel and is projected to open this fall. In Vietnamese, “CO” is the word for feast. The restaurant will offer a contemporary Asian cuisine destination, serving banh mi, pho, ramen, dumplings, as well as signature cocktails. .

In downtown Raleigh, the News & Observer reported that the owners behind Cafe Lucarne are transforming the City Market cafe into a neighborhood bar, which will be affectionately known as LPM, or Lucarne at Night. The restaurant will be closed for the next few weeks while the space undergoes a complete overhaul. They also own Royale, and hope the changes will better complement that establishment.

Out in Morrisville, got word this week thatMekong Vietnamese Cuisine is now open at 2121 TW Alexander Drive in the Alexander Village shopping center.

The much-anticipatedPizzeria Faulisiin downtown Cary opened for dinner last night, and will be open for dinner tonight (March 3) and Saturday (and possibly Sunday depending on how the first three days go!) The restaurant is on the first floor of the recently completed building at 215 E. Chatham St., next to Mid-Town Square.

Also in Cary, saw in the FoodCary blog that theGreat Harvest Bread Co., well known to Caryites for their bread made from scratch with milled grain, has expanded with a new café to sell sandwiches, salads and more. It is located 1240 NW Maynard Road, just a few doors down from the bakery. With the cafe now open, the bakery will close and transform to become a gluten-free bakehouse. Look for the bakery to re-open at the end of March.

And we are awaiting the opening of the second location ofAbbey Road Tavern & Grillcoming to Apex. Their last Facebook post suggested they are just waiting on “final inspections” so it could be any day now. Theoriginal location is on Cary’s W. Chatham Street. TheApex location is in the Off Kilter Pub & Grille location at 1700 Center St.

Over in Johnston County, Simple Twist Restauranthas opened at The Market at Riverwood shopping center at 272 Pritchard Road in Clayton. This is the third Simple Twist location for chef Nathan Roby and his wife Colleen (there isone in Garner andone in Smithfield). Simple Twist is a cafe and bar serving delicious, made from scratch meals sourcing local vendors and farms.

Reader Jason Klaitman alerted me to the new building going up on E. Franklin Street in Chapel Hill adjacent to the Siena Hotel. Turns out the new structure will be a Dunkin Donuts location. In classic Chapel Hill fashion, it will lack a drive-thru. Congestion could become even more challenging on Sunday mornings with it being so close to Sunrise Biscuit Kitchen.

Got word from reader Glenda Bastress thatKamado Grille in north Raleigh has closed, hopefully just temporarily. WRAL confirmed that they have moved from a Chapter 11 bankruptcy protection case to Chapter 7 “in order to facilitate an orderly wind down of its (Kamado Grille’s) operations.”

Got word from reader Bill Striegel (and confirmed on Yelp) that Nishiki Sushiin Cary’s Parkside Town Commons has closed. Apparently there is a banner now up for Szechuan Heat. Stay tuned.

First got word from reader Kris Shuford that the Raleigh and Cary locations ofSweet Tomatoes have closed. WRAL confirmed it is part of a larger bankruptcy reorganization.

And one of our readers informed us that the TCBY location in the Shoppes of Kildaire in Cary has closed.

I never thought I’d see this. Chapel Hill is holding their first food truck rodeo –Rodeo on Rosemary. Chapel Hill Parks and Recreation in collaboration with the Downtown Partnership and the Raleigh Durham Mobile Food Association (RDUMFA) will hold this milestone on March 26 from noon to 5 p.m. on the block of Rosemary Street between Henderson and North Columbia Streets. Looks like about 13 trucks so far.

We have dates for this year’s Downtown Raleigh Food Truck Rodeos. Go ahead and mark your calendars for Sunday, May 7, Sunday, June 11, Sunday, Aug. 6 and Sunday, Oct. 8 (only 3 this year compared to 4 in years past).

Families Moving Forward in Durham launchedChefs for Change recently, a fundraising dinner series that will pair the burgeoning Durham food scene with the needs of families experiencing homelessness. The chefs participating in the series are: Ricky Moore (Saltbox), Billy Cotter (Dashi), Seth Gross (Pompieri/Bull City Burger & Brewery) and John May (Piedmont). The series features a dinner every other month (beginning in April) featuring one of the distinguished chefs serving three or more courses. All proceeds from ticket sales benefit Families Moving Forward.

The Lucy Daniels Center is proud to announce the inaugural Cooking for a Classic series. This event held at 1705 Prime in Raleigh throughout February and March will feature the talents of 16 local and regional chefs competing head to head to win a beautifully restored 1969 Corvette Stingray. The competition is structured tournament style, with two chefs paired together each night and the winner advancing to the next round until a champion is crowned.

With the theme “Girls Kick Butt,” Ray Price Harley-Davidson in downtown Raleigh will hold its Boston Butt Cook-Off eventSaturday, March 4, where a dozen or more BBQ cookin’ crazies will be smoking some awesome Boston Butts! And all funds go to charity. This year’s annual Boston Butt Cook-Off will incorporate a celebration of Women in Motorsports! Just a $5 donation to the Ride for Kids Pediatric Brain Tumor Foundation gets you all you can eat BBQ! Vote for your favorite to win the coveted People’s Choice Award. Get all the details here.

Viceroy Durham will collaborate with Bull McCabes Irish Pub to celebrate the spring festival of Holi on March 11 on the lawn at Bull McCabes. The food will be a preview of the Thali style dishes that will be available when Viceroy opens for lunch service. The color fight will be taking place between noon and 3 p.m. with kid’s activities throughout the day, and DJs will keep the party going until 11 p.m.

DPAC is partnering again with Tyler’s Restaurant & Taproom and Sam’s Quik Shop to host the fifth annual Bull City Food and Beer Experience on March 12. The event features the Harris On stage Experience showcasing additional breweries and local food vendors, unlimited samplings and three floors of food and beverage options, so make sure you visit each level of DPAC’s lobbies for the full experience.

The North Carolina Chapter of Les Dames d’Escoffier will hostDames in the Kitchen on April 6 offering a culinary tour through North Carolina by eight Dame cookbook authors and chefs. Benefiting the Interfaith Food Shuttle, it will take place at The Root Cellar in Chapel Hill from 6:30 to 9pm. Tickets can be purchased for $65 ($30 tax deductible).

Also on April 8, theBull City Homebrew Chili Challengewill take place at Bull City Homebrew on Highway 54 near the intersection with Highway 55. It takes place from noon until 4 p.m. If you’d like to enter your chili, register on their site. The event is free and kid friendly.

April 20-23 are the dates for TASTE, a huge culinary event that includes a series of culinary experiences. Now in its fourth year, TASTE invites and assembles more than 50 of the best chefs, culinary artisans, artists, brewmasters, sommeliers and mixologists in the local area. Enjoy “Grand Taste” signature experiences, where you can sample the area’s best chefs, spirits and craft beers, as well as special dinners and classes.

On April 30 from 5-10 p.m. at the Rickhouse in Durham, guests can sit back and watch the excitement while local, renowned chefs prepare a five course, farm-to-table feast showcasing local ingredients and inventive plate presentation right before your eyes. The Taste for a Cure event will begin with a cocktail hour at 5 p.m. where chefs will prepare the first course right before your eyes. Individual tickets are $225.

I got word from event organizer Lisa Jeffries that the Raleigh Food & Wine Festival has set their dates for this year as May 18-21. Go ahead and mark your calendar.

Now is the time to give to the Food Bank of Central & Eastern North Carolina. During the month of March, there is a special “matching gift” opportunity – theTable2Table Matching Gift Challenge! All donations from March 1 through March 31 will be matched up to $50,000. For this month only, instead of your $1 providing five meals, every dollar will provide 10 meals!