On Mother’s Day afternoon at 4:36 PM the call went out to Stony Hill Fire Department for a motorcyclist injured on Beaver Dam Road.

Stony Hill Engine 392 and EMS 12 made the trip out to find one rider with a nice red Harley had managed to land in the ditch. It did not appear the rider had collided with anything. I’d love to tell you more but his fellow riders were not all that talkative.

When asked if their friend was okay, the answer was “uh-hu” and then silence. So that’s it.

Their friend was taken away by Wake EMS, without lights and sirens on. I passed them coming out as I was coming in.

The nice thing about running to cover many of the way out Wake Forest events is you get to see parts of Wake Forest most never see.

I think this accident may have technically been in Creedmor, but not certain. 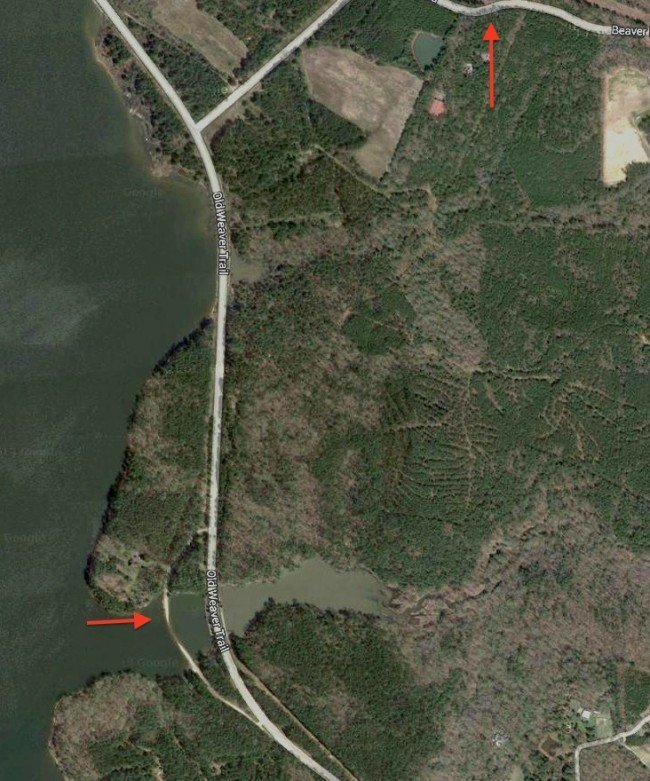 The accident location was at the arrow on the top of the picture above but the cool thing I discovered on the way was this old road that crosses the lake. The road looks like it was originally the old, Old Weaver Trail.

I just had to go back and see the road so as I was leaving, I did.

I did meet some very nice people there and even got an invite to a church. It was a very relaxing spot and so neat to be able to sit so close to the water on a hard surface like the old road.