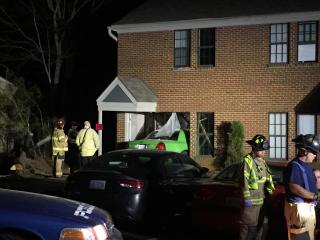 Raleigh, N.C. — A Raleigh apartment building was damaged after a car crashed into the structure Monday night.

Authorities said a person who lives in a unit at the Forest Edge apartment complex at 3063 Morgans Mill Court was attempting to park when they lost control of the car and crashed into the building.

People were inside the apartment at the time of the crash, but nobody was injured.

Firefighters had pulled the vehicle from the apartment Monday night and were attempting to prevent the building from collapsing.