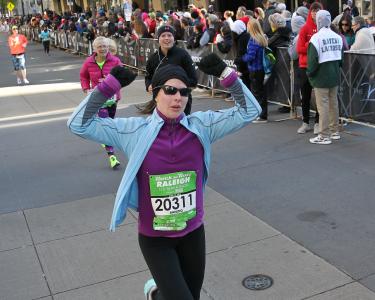 The race’s featured charity this year is the ALS Association North Carolina Chapter.

Racers have a weekend full of activities beginning with the Health & Fitness Expo at the Raleigh Convention Center where they can shop, pick up packets and get preparation advice ahead of their race.

The two longer races take over downtown on Sunday, April 2, beginning with the starting gun at 7 a.m. from Fayetteville and East Davie streets.

Runners will celebrate at a post-race concert, headlined by Cracker, at Red Hat Amphitheater.