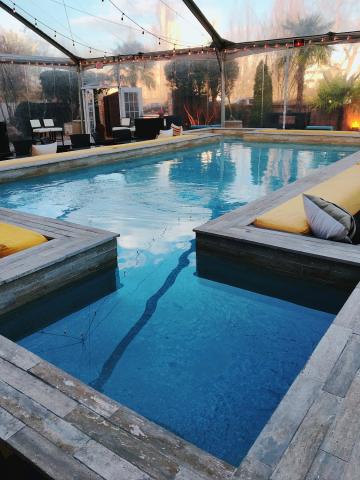 Raleigh, N.C. — Moroccan restaurant Babylonwill be moving out of its location on North Dawson Street to make way for a new Italian kitchen.

Samad Hachby, owner and creative director of Babylon, announced Tuesday that the popular restaurant would be moving to a smaller, more intimate dining space. The last day of service will be March 30.

Mulino Italian Kitchen and Bar is expected to open at 309 N. Dawson St. in mid-April. Mulino’s menu will include homemade pastas, pizzas and breads cooked in a woodfired oven, locally sourced meats and seafood as well as traditional Italian fare.

The change is part of Hachby’s desire for an Italian and southern European-influenced menu.

“Changing the restaurant’s name to Mulino is a natural progression of our culinary concept and is a better representation of the food we’ll be serving to our guests,” said Hachby, a native of Morocco and N.C. State University graduate. “If you look at the history of Morocco, many of the cultural and culinary influences came from Italy, and we want to elevate that influence by putting the focus on Italian dishes that highlight both traditional and unexpected Italian flavors.”

The word mulino means “the mill,” which is a perfect representation of the restaurant’s location in the Melrose Knitting Mill. The historic space opened in 1901 as the City of Raleigh’s textile factory.

In addition to the new name and concept, the restaurant will be making some interior and exterior changes to better reflect an Italian ambiance. There will be enhancements to the large reflecting pool and the large brick wall that faced Dawson Street will be removed.

While Babylon’s new home hasn’t been announced, representatives say it will be a more intimate space reminiscent of dining in a Moroccan home.