‘Part of Me Is Missing:’ Friends Mourn Raleigh Pilot Killed in Crash 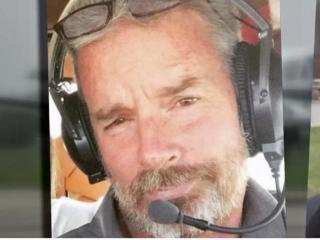 Raleigh, N.C. — Family and friends are mourning the loss of a Raleigh businessman who died in a Florida plane crash over the weekend.

“It’s difficult. Brad and I have been in business ten years together. We’ve talked many, many times a day. We’re pretty much inseparable,” Slate said.

Slate and Mutchler owned the construction company Duke Lazara Development. The company was working on a new subdivision in Apex.

“A part of me is missing as much as a part of the business is missing,” Slate said.

Slate said one of Mutchler’s greatest loves was flying. He had brought the twin engine aircraft that he flew to central Florida over the weekend to get recertified.

Investigators said the aircraft crashed in a wooded area south of Tampa, killing Mutchler and a flight instructor.

Slate said he and so many others are desperate to know what went wrong.

“Brad was a very experience pilot, very conscientious in the air,” he said.

Slate said as he struggles to move forward, he will dearly miss his friend and business partner.

Slate said the best way he can honor Mutchler’s memory is to make sure their company remains successful.

Funeral arrangements are pending, but Slate said wherever the memorial service is held, it will have to be a big venue because Mutchler was beloved by so many.