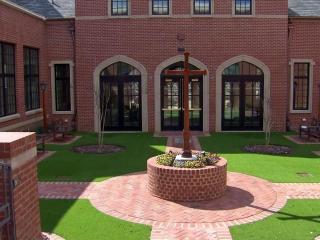 Embers were still scattered across the courtyard and the church suffered some damage to its roof, but the main campus wasn’t nearly as bad as the youth building, which saw the most significant damage.

Embers burned holes in the roof of the youth center, which led to extensive water damage inside. Many classes that are normally held in the youth building had to be shifted to the main campus.

Though there was some damage, parishioners are glad it wasn’t worse.

“It’s just so awesome to be here today and we can hardly tell anything has happened. And I think God is so good and we had a lot of prayers going up,” said Alice Sharpe.

Sharpe was a member at the church back in 1956, when the church burned down. She said Thursday night brought back memories from all those years ago.

Meanwhile, 83 residents had another opportunity Sunday to return to their apartments to assess damage and collect their belongings.

The Raleigh headquarters of the state Department of Environmental Quality will reopen Monday after the fire inundated the building with heavy smoke and caused a loss of power. 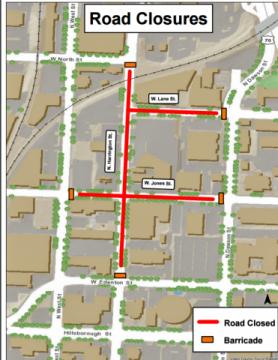