Here is a photo of a recent emergency the Wake Forest Fire Department responded to. In case you are not aware, we post the dispatch calls for the WFFD on our Facebook page and you can listen to the Wake Forest News Police and Fire Scanner Channel online. 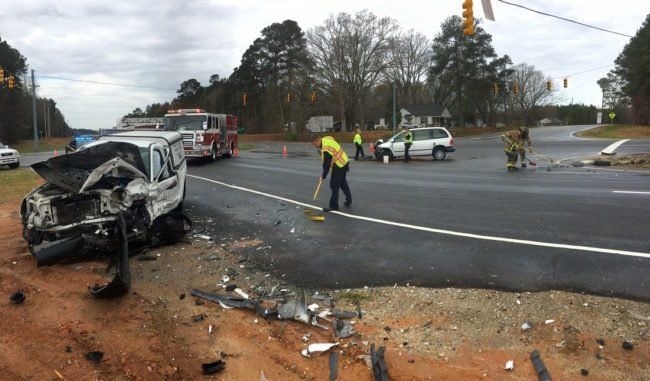 Intersection Blocked Due to Wreck

Two vehicles were involved in this wreck at Capital Blvd. and Purnell Rd that completely shut down the intersection. Engine #4 and Ladder #1 responded to the wreck where minor injuries were reported. Crews cleaned up debris and fluids from the road before the highway was opened back up.