UPDATE: Be sure to see bottom of story for new information.

On an otherwise calm and uneventful Saturday evening the peace was broken with a call for first responders for a shooting which resulted in the death of a man on the front porch of a house at Lake Forest Drive and Jordan Lane. 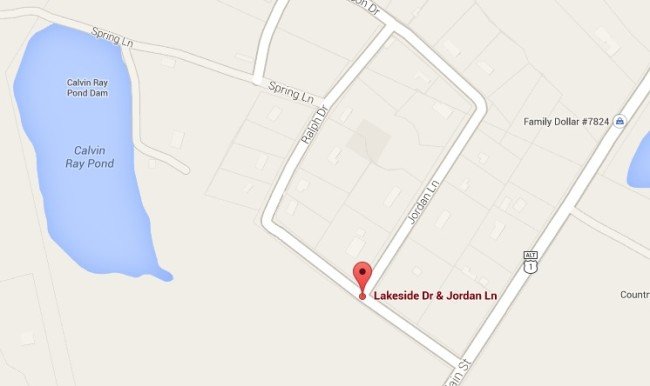 This tragic story reinforces why I just could not be a highly successful breaking news journalist. If I was I’d show you pictures that some may consider cruel and way over some line which is hard to define. After contemplation, I’m just not going to do that.

What I see through my lens is often never fully shared with readers and the deep sadness of this tragedy is one of those events. Images of loved ones wailing or children with blank disbelieving stares would be here instead. I’m not mainstream media. I’m Wake Forest media.

The mainstream media will soon report the news and names of those involved. I’m not going to. And here’s why.

As it stands now a Wake Forest resident who is an elderly WW2 veteran, who some neighbors described as becoming more erratic in recent months, apparently felt threatened and discharged a firearm killing a man on his front porch. The man allegedly lived in one of his nearby rental homes.

But just when you didn’t think it was sad enough, it seems the fatal shot on the front porch of the WW2 vet’s house was delivered while the young son of the deceased man was watching from the driveway.

People who knew the man who was killed said he had some troubles in his past but they also said he’d gotten his life back together. Apparently things were looking up for him.

I’m sure a lot more will be forthcoming from other outlets but for now, and from me, that will have to do.

WRAL is reporting the following information in their story here.

According to Mr. Calvin Ray, the 89-year-old WWII veteran who was the shooter in the homicide yesterday, the victim, Jeffrey Baylon Mitchell, 47, had threatened to kill him a few times previously. (Public records identify the man as Jeffrey Daylon Mitchell.)

“When Calvin Anderson Ray looked through his peephole and saw Jeffrey Baylon Mitchell on the other end, Ray said he knew it was trouble.

“So I went back and got my gun,” he said. “And came back up here. Next thing I knew he backed back and kicked the door open, broke all that, and said ‘I’ma get you.’ So I let him have it and I shot him.”

The story goes on to say the confrontation was over a broken air conditioner.

“Mitchell contacted Ray on Friday to complain about the air conditioning unit, Newton said. A repair man serviced the unit on Saturday but Mitchell said it was still broken, Newton said. The repair man returned to Mitchell’s home but left after he and Mitchell got into an argument, Newton said.

Scott Mitchell, Jeffrey Mitchell’s brother, said Sunday that Ray should be charged with a crime and that his brother should not have been killed for kicking in a door.

Some have said Mitchell had a long criminal past but was getting his life together.

Public records do show between 1984 and 2009 there were a number of court actions for primarily DWI related issues and some larceny charges. – Source

Captain James Stevens of the Wake County Sheriff’s Office did tell me, “The investigation is continuing. We are not ready to make any statement about charges at this time.”

As of the time this update was published there has not been an official statement from the Wake County Sheriff’s Office regarding their investigation. When one become available I will update this story.