Just about noon on Sunday a very kind and observant neighbor who lives behind 600 N. White Street noticed flames or heavy smoke coming out the top of the back door to the house. She called 9-1-1 and started the Wake Forest Fire Department, Wake Forest Police, and related Wake EMS and Eastern Wake EMS units.

People on the scene also reported smoke rolling out the front windows as well as the back door near the kitchen as the Wake Forest Fire Department arrived. Firefighters made entry and found an active fire in the kitchen area. The fire was extinguished within a few minutes.

The brick homes are clustered near each other and if the fire had become out of control the risk is others may have been involved in a larger fire. Thankfully that was not the case. Next door neighbors had a front row seat to the unfortunate event. 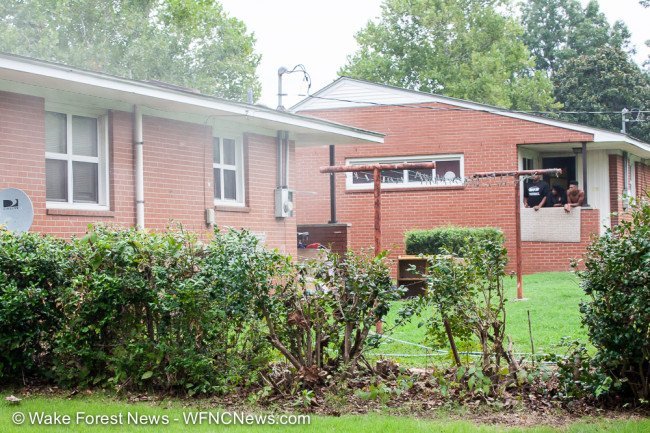 Wake Forest Engine 1 appeared to be the first engine on the scene.