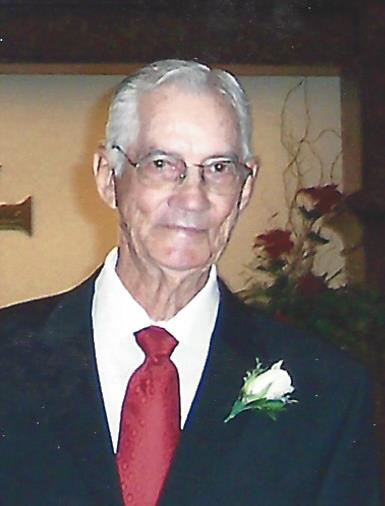 Clifford Burt Gilliam went home to be with his Heavenly Father on October 23, 2017. He was born in Franklin County on November 28, 1923, to the late Charles Edward and Lillian Burnette Gilliam, and graduated from Bunn High School in 1941.

In 1943, Clifford was drafted into the United States Army; and, upon completing Basic Training and Non-Commission Officer School, he became a Basic Training Instructor at Camp Wheeler, Georgia. In December 1944, and upon his request for combat duty, he received orders as a Platoon Sergeant in the 103rd Infantry Company G, 43rd Infantry Division (8th Army) and was sent into the Pacific Theater. In January 1945, he was part of the beachhead at Lengayen Gulf, Philippines; and participated in the retaking of Luzon, Natangalan, Cabanatuan and Manila. Among his military honors are the American Theater Service Medal, Asiatic Pacific Medal with two Bronze Service Stars, Philippine Liberation Medal with two Bronze Service Stars, a Combat Infantryman Badge, a Good Conduct medal, and a World War II Victory medal.

Following his discharge from the Army, Clifford taught classes for several years at Youngsville High School to help veterans learn trades, especially farming. He joined the National Guard unit in Louisburg in 1947 as a Sergeant First Class; and in 1949, he was in charge organizing a National Guard Unit in Zebulon, NC. The unit later became Battery A, 113th Field Artillery Battalion. He resigned his commission, which was Chief Warrant Officer, in 1951, to begin farming.
For 50 years he grew tobacco and soybeans on a farm near Youngsville. He was also an assistant manager at the Western Auto in Wake Forest for 30 years.
He was a charter member and Elder Emeritus at Faith Baptist Church in Youngsville.
In December, 2010 a panel, including county government and historical representatives, selected Clifford from 18 nominees to represent Franklin County at a new North Carolina Veterans Park in Fayetteville which opened on July 4, 2011. His right hand was molded into a bronze casting to be displayed in the park, along with veterans’ hands from North Carolina’s other 99 counties.

He was preceded in death by his wife Jewel Poythress Gilliam; sisters, Burnice Gilliam and Mildred Gilliam Ayscue; brothers, Clarence, Thurston and Willard Gilliam.
The family would like to express special thanks to Dr. George Moore, Dr. Steven Liebowitz, special friends Avery Clifton and Jack Mercier, and the staff at Litchford Falls Healthcare for their faithful friendship and care of our father and grandfather during his later years.

In lieu of flowers, contributions may be made to Faith Baptist Church, 249 Holden Rd. Youngsville, NC 27596 or to a charity of your choice.

Directly place your order here and save on wire service fees. Our system automatically takes care of scheduling the delivery with our local florist to meet the upcoming service.