According to a report on WNCN some people in the Crescent Ridge neighborhood in the greater Wake Forest area are not thrilled about the quality of the water that pours out their pipes. 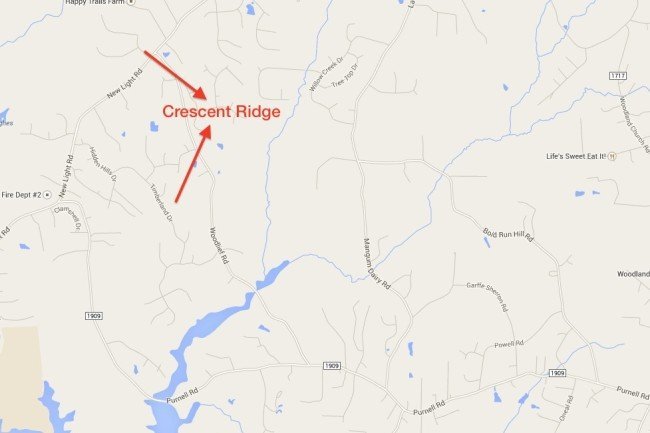 The water in the community is served by Aqua North Carolina who says that the water is safe to drink and there are no immediate plans to install any filtration system to remove the material causing the discoloration.

It appears the Crescent Ridge subdivision is served by a community well that has been an issue for some time.

Homeowners in the neighborhood can install whole house filtration systems to combat the particulate in the water causing the issue.

“Neighbors in the Crescent Ridge neighborhood say their water is discolored and often leaves behind a trail of sediment in their bathtubs and appliances.

“Some days we’ll get relatively clear water, but you just don’t know until you turn on the tap,” said Wendy Callahan, who lives in a home off Ormand Way.

Many of us in the Wake Forest area get our water from wells. I do. And while I’ve never had the discoloration problem faced by some residents of Crescent Ridge I agree it would be terribly annoying to have to face that issue.

When I moved into my house we have a whole house water filter that I had to clean out from time to time or it would eventually restrict water flow. The filter would be filled with sediment. I guess that’s to be expected from time to time since I do essentially have a pipe that is stuck in some underground place where my water is sucked from. In my mind it is a luscious underground oasis with crystal clear water from glaciers. Who really knows?

A year or so ago I installed a zero maintenance whole house filter system that cleans itself. There are many of them on the market but this is the one I bought. I have not had a single problem with reduced water pressure or sediment since.

Keep in mind a whole house filter clean all of the water used in your home at the point it enters the house. This means showers, tubs, ice, washer, and even external faucets will now be clean.

There are other systems to filter out other materials in water but our water tests wonderfully clean so we don’t need them.

I love the fact the unit automatically flushes itself and shoots the sediment back outside every two weeks. It’s my water filters way of going “Psffft.”

I bought the filter at the local Lowe’s and I see it is now less than $300. Here is the Lowe’s page which shows a great rating by customers.

While I completely agree that people should have clean water that is delivered to their faucets, if you are struggling with the sediment problem and wanted to address it then it might be worth considering installing a similar filter system instead of living with dirty water.