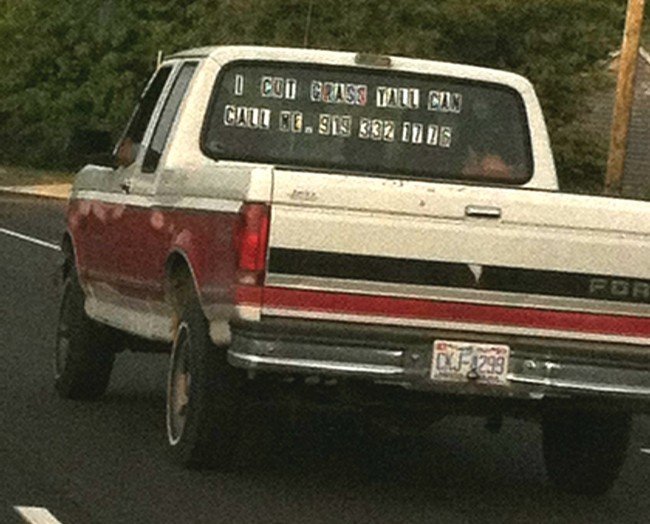 Katie (XO) sent in this picture of a truck engaged in the proverbial traveling advertising approach to drum up business. Now the modern-day technique is to but some cheap magnetic signs from VistaPrint and do something fancy like…

But his classic sign approach is an example of a technique that has been long-lost like an middle-age skill. 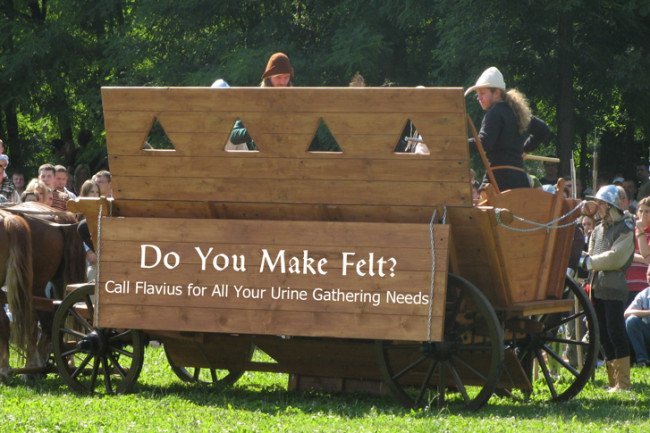 You have to give a hat tip to the guy for his use of those individual stick-on letters and his devil-may-care attitude to using anything level to line them up. Screw centering it. He’s a rebel.

I CUT GRASS TALL CAN

If you rearrange the words you can come up with a more plausible end result, “I CAN CUT TALL GRASS.” [Golf clap.] But who knows if that was what he intended.

But another possibility is it actually says I CUT GRASS YALL CAN CALL ME. That’s probably a more likely answer.

But no matter what it says, at least he got his message out that he cuts grass and we are all looking at it.

Now the first line leaves me wondering if the guy is a bless-your-heart dyslexic but then he goes and nails the second line perfectly and ruins my theory.

Maybe I should change the motto of the Wake Forest News to “I write crappy paper tall can” and let that eat away at people trying to figure it out.