WFHS Football Coach Sadly Loses One to the Nipper

WFHS football coach Reggie Lucas has been a leader of teams and an inspirational coach to many. But a number of media outlets (WNCN, ABC11, News & Observer) are reporting his recent arrest for DWI. In fact it is being reported across the nation.

Lucas has an impressive football record of 84-17 but now he also has a much less impressive record of a .17 blood alcohol level, more than twice the legal limit.

Allegedly Lucas was observed swerving across the center line and driving in the shoulder. The arresting officer noted a strong odor of alcohol and the suspect had red, glassy eyes.

Wake County Public Schools has suspended Lucas as the head coach while the matter is under review.

I already suspect some are already going to be critical of the reporting of this event. Lucas certainly has a loyal local following and has been a great coach. 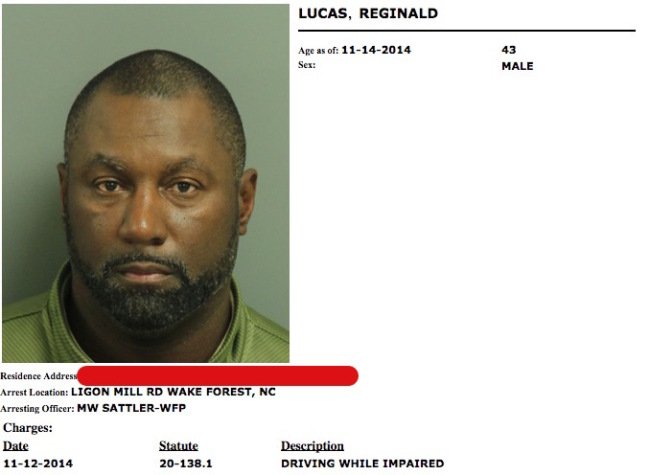 But the community should expect the same level of accountability of him as he expects of his student athletes on the field. Certainly as a great coach he would expect no less.

The event isn’t like he claimed an extra deduction on his income taxes, his actions could have killed someone, maybe even a Wake Forest High School student out late that night on Ligon Mill Road.

Right now Reggie Lucus needs the community to support him in accepting responsibility for his actions, as a true leader would. Rather than become the worst thing to ever happen to Lucus, he could make it a defining teachable moment for the students he loves and leads.

As I say, there is no sense wasting a perfectly good mistake. Let’s find some good in all this sad mess and help Lucas to move forward without the impaired driving.

Listen to 911 Call From Murder in Wake Forest

The 911 call concerning last night’s fatal shooting is in the post. WARNING: It may …