Another debt relief company has fallen under the big hammer of the Federal Trade Commission. This time it was American Home Servicing Center who was trying to skirt the law as a “Documentation Preparation Company.” It’s the same strategy many in the student loan assistance debt relief space have taken.

The case was originally filed under seal and a Temporary Restraining Order was approved by the court. A Receiver was appointed who took possession of the company locations.

Apparently, employees in the second location got a few minutes advance warning the Receiver was coming. The court documents say, ” there was no staff present when the Receiver arrived at the National Advocacy Office. However, more than a dozen workstations appeared active, with several computers still on and personal items still in the office.” – Source

According to the FTC American Home Servicing Center operated out of 505 North Tustin Avenue, Suite 212, Santa Ana, CA 92705 and 1851 1st Street, Suite 900, Santa Ana, CA 92705. They advertised they could provide mortgage relief assistance and at least one employee stated they targeted consumers by sending direct mail to those identified in public foreclosure notices or through online marketing. 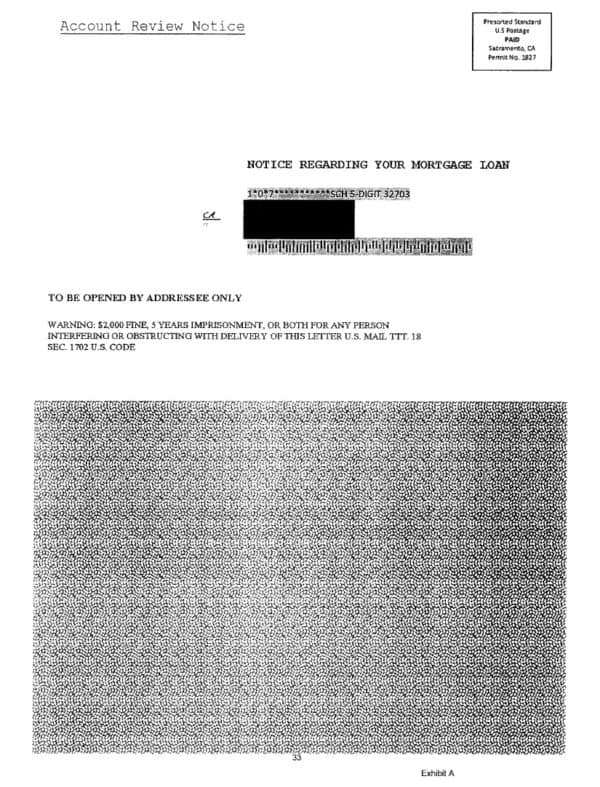 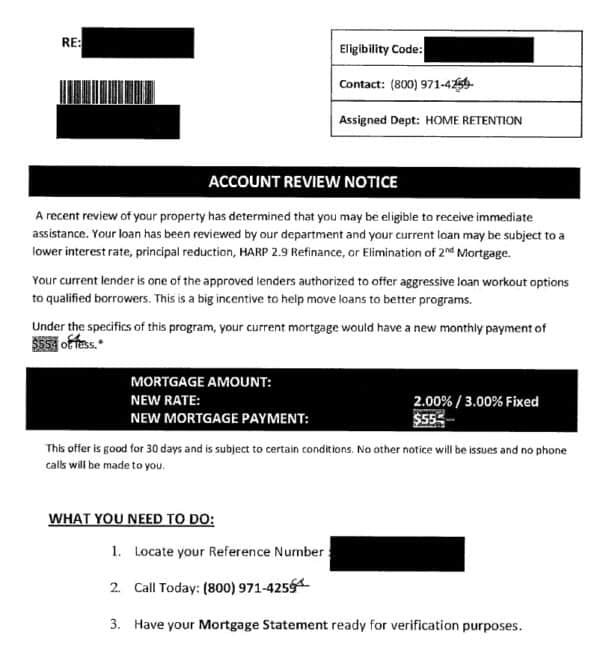 Staff who were interviewed by the Receiver said they believed “the company marketed to consumers throughout the United States, with the exception of Pennsylvania.”

According to the FTC, the companies have been “operating as a common enterprise to engage in the deceptive acts and practices alleged below through interrelated companies that have common ownership, control persons, managers, business functions, employees, and office locations that commingle funds; and share one another’s marketing materials.”

“Defendants offer assistance with mortgage loan relief and solicit inbound telemarketing calls from distressed homeowners. To sell consumers on their loan modification services, they claim a 99% success rate and guarantee results regardless of the individual consumer’s situation. Shortly after consumers complete an application and submit documentation, Defendants inform those consumers that they have been confirmed for a specific mortgage modification, resulting in substantial savings. They then direct the consumers to pay Defendants several thousand dollars in “closing costs.”

But the success rates are a bit alarming. One salesperson said, “Sales people were instructed to refer to themselves as “advisors” and “advocates.” We were provided with a script that touted the company’s success on behalf of consumers. Among other things, we were instructed to tell consumers that CHAC had a 98% success rate at obtaining mortgage modifications and that consumers who attempted to obtain modifications by themselves had a 95% failure rate. We were to explain that we were a document preparation firm and “advocacy group,” not a law firm, which would charge 3-5 times more.” – Source

More Obvious Bending of the Truth

Capital Home Advocacy Center (capitalhomeadvocacycenter.com) also contained information that may prove to be untrue, such as, “We’ve proudly earned a 4.8 out of 5 customer satisfaction rating” and “98% of those surveyed would recommend CHAC to friends and family.” What erodes confidence in these statements is the fact the very same website proclaimed Capital Home Advocacy Center was a BBB Accredited Business when they are not accredited by the BBB and have an F rating, according to court documents.

On “October 25, 2017, Defendants’ sales agent made the following statements to an FTC Investigator posing as a distressed homeowner:

A. “So the process takes approximately 90 days. So during those 90 days, of course, you’re not making payments to the lender.”

Additional communications with consumers by sales, servicing, and/or marketing staff also advised “We have 98.9% approval rate with most Lenders,” “We will negotiate your delinquent balance (to reduce, or forgive all junk fees accumulated by your default),” and “Once your file is submitted to your lender, any negative action against your property will cease. Including auction of your property.” – Source

Consumer Are Told They Are Confirmed for a Mortgage Modification

“In numerous instances, once a homeowner sends her documents after the initial sales pitch, Defendants repeatedly represent that she is confirmed for a modification.

First, Defendants state over the phone that they have contacted the loan servicer and confirmed that the homeowner will receive a modification.

However, at this point in time Defendants have not contacted the loan servicer, or taken any other steps to determine whether the homeowner will obtain a modification.” 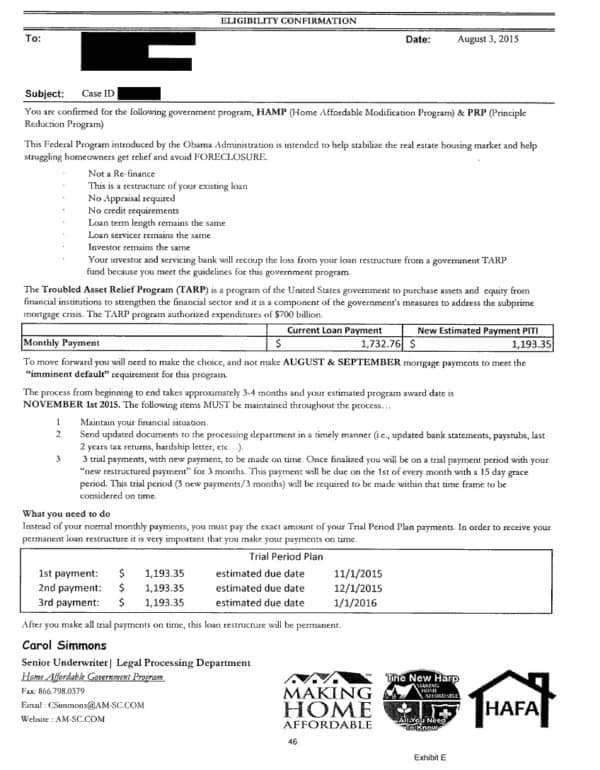 After receiving this document, consumers were advised to default on their mortgage. “The Eligibility Confirmation encouraged homeowners to intentionally default on their mortgage payments by stating, “To move forward you will need to make the choice, and not make [two months of mortgage payments to meet the “imminent default” requirement for this program.” (Emphasis in original.) This document did not warn consumers that they might lose their homes and damage their credit if they stop paying their mortgages. This document did not warn consumers that engaging in strategic default might make them ineligible for a loan modification.”

No Surprise When Things Fall Appart and Refunds Don’t Appear

“Defendants tell consumers not to communicate with their lenders. They also tell consumers that they should stop paying their loan servicers for two or three months, and that they need only pay the trial payment amount after that.

Consumers who determine they have not actually obtained the promised loan modifications frequently ask for refunds. In response, Defendants tell them that they failed to meet their obligations under the program or to disclose critical information, and that they are therefore not eligible for refund.

Defendants rarely provide refunds, and in those instances where they do, provide only partial refunds.”

Along with violations of the MARS (Mortgage Assistance Relief Service) rule regarding advance payments for mortgage assistance, the parties named in the suit are also said to have provided deceptive representations, violation of Regulation O prohibiting unfair or deceptive acts or practices with respect to mortgage loans.”

Court documents provide a glimpse into the sales process through a declaration submitted by a salesperson of the company. The salesperson says:

“As a sales person for CHAC, my job was primarily to convince callers to hire the company to assist with obtaining mortgage modifications, to do so quickly, and to agree to the highest fee that we could get from them. The company also claimed to assist consumers with refinancing and reverse mortgages. And, as explained further below, the company advised consumers on, and prepared, documents for, bankruptcy.”

“In certain circumstances, the company would tell consumers that their only means of staving off foreclosure was filing for bankruptcy. The company assisted consumers in preparing bankruptcy documents and charged consumers a fee of $595 for doing so. However, consumers were instructed to say that they had not paid anyone to prepare the documents.”

“We were instructed to tell consumers that they were entitled to 3-5 modifications over a 10-year period, that lenders were legally required to consider consumers for “15 programs,” and that we had one-on-one relationships with the lenders.”

“We were to create a sense of urgency and press the consumer to fax and email supporting documents even while we were on the phone, but as soon as possible. With the encouragement of Elizabeth and Sergio, some sales people put consumers on hold and returned to the phone having never left their chairs several minutes later, and then stated that CHAC had contacted the consumer’s lender and that the consumer had already been approved for a mortgage modification.”

“The company charges consumers for its services and requires consumers to pay the fees before it does any work. We were told not to discuss fees until we had received the consumer’s paperwork, particularly information about their income, which is the basis for the fee calculation.”

“The designated fee was always at least $2,800. At times, Elizabeth would direct us to ask for a minimum amount based on her own assessment of a consumer’s ability to pay. Apart from that, we were encouraged to ask for as much as possible. I recall one salesperson getting a consumer to agree to a fee of, $12,000.”

“At consumers’ requests, the company would split the fees into two or three payments, typically adding in a “convenience fee.” We were to tell consumers they needed to make the first payment immediately, and any subsequent payments on a timely basis to ensure that their paperwork was processed. It was my understanding that the company took no action on a consumer’s application until consumers had paid their entire fee.”

“Although we were instructed to tell consumers that “we don’t take everyone,” in fact, with the exception noted in the paragraph below, the company was willing to sell its services to anyone who was willing to pay, regardless of what their personal circumstances were, that is, whether they were behind on their mortgage payments, thought they might fall behind, or were facing imminent foreclosure. When consumers were not at least three months behind on their mortgage payments, we were supposed to tell them that we were “not allowed to instruct [them] not to pay their mortgage,” but if they were at least three months behind, their lender could not foreclose on them. In one situation, Elizabeth represented to a consumer whose home had already been foreclosed on and sold at auction, but who was still occupying the house, that the company could help him get it back. I specifically heard Elizabeth tell this customer that there was a “75-80% chance” that the company could get his house back. This consumer, with whom I was working, paid the company $4,000 based on this representation, and complained to me afterwards in multiple calls that the company had done nothing for him. Elizabeth later tried to get this consumer to pay an additional $2,000 to work out a “cash for keys” arrangement with the new owner that she claimed would involve paying the consumer up to $10,000 just to vacate the home.”

Prior to this the Receiver has had little luck in locating any assets of much value to pay for fees or provide refunds to injured consumers.