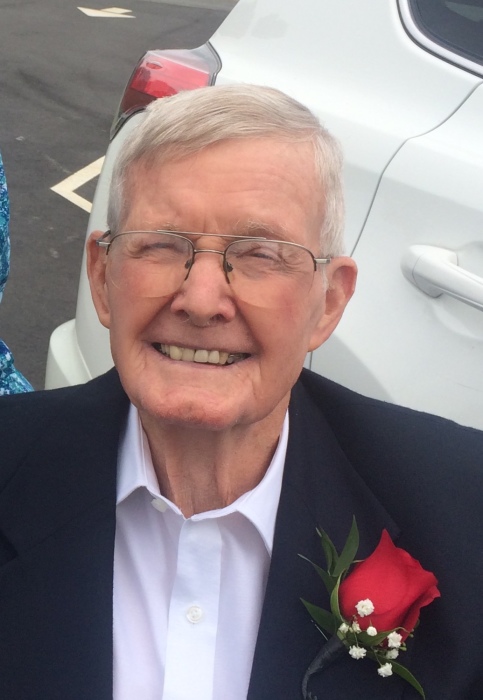 Herbert was born on October 23, 1927 in Rocky Mount, NC to George Washington Wells and Mildred Winstead Wells. At age six he entered the Methodist Orphanage in Raleigh, where he lived until he entered the Navy in 1945. He served honorably until 1947, when he was discharged at the port of Norfolk, receiving the American Theater Campaign Ribbon, the Victory Medal for World War Two.

He moved back to Raleigh, where he met and married his wife of 70 years, Rosalee Allen, on August 7, 1948. They remained in Raleigh and raised five children there.

Herbert, Rosalee and their family were loyal members of Calvary Baptist Church in Raleigh, where Herbert served many years as a Deacon, as a Sunday School teacher and as Training Union Director; after moving to Franklin County in 1979 they moved their membership to Woodland Baptist Church and became active members there.

Herbert remained active in the Methodist Home For Children Alumni Association until his death, always happy to share stories and fond memories of his childhood growing up at the Methodist Orphanage.

Herbert was preceded in death by his son, Joseph Allen Wells, his sisters, Mabel Carmichael and Alice Schratz, his brother J.D. Wells, and many of his Methodist Orphanage brothers and sisters.

His funeral will be held on Thursday, July 19, at 2:30 p.m. at Woodland Baptist Church, 190 Woodland Church Road, Wake Forest, NC 27587, with Reverend Chris Walker and Doctor Tito Madrazo officiating, with visitation prior to the service, beginning at 1:00 p.m at the church. Inturnment will follow in the church cemetery with Military Honors.

In lieu of flowers the family requests memorial donations be made to the Methodist Home for Children in care of Billy Griffin at 1313 Old Bramble Lane Fuquay-Varina, NC 27526 or to Woodland Baptist Church.

A service of Bright Funeral Home & Cremation Center, Wake Forest, NC (919) 556-5811 Condolences may be left on the online guest book at www.brightfunerals.com.