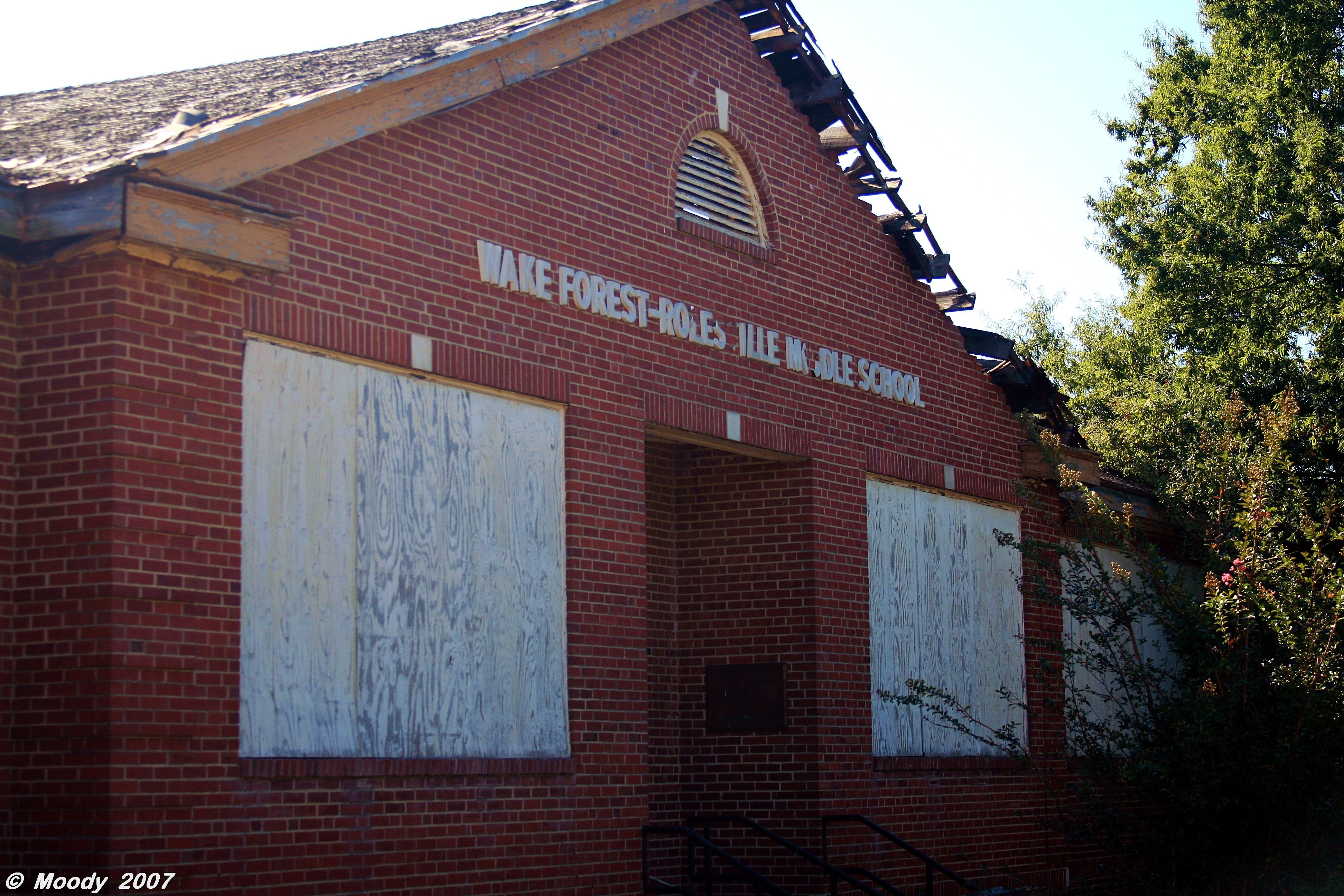 The Main building which is missing more than half of the roof is full of stuff such as old computers, black boards, books…what a waste.

Here’s some totally random Wake Forest, NC photo for you to enjoy that was shared by the photographer linked above.