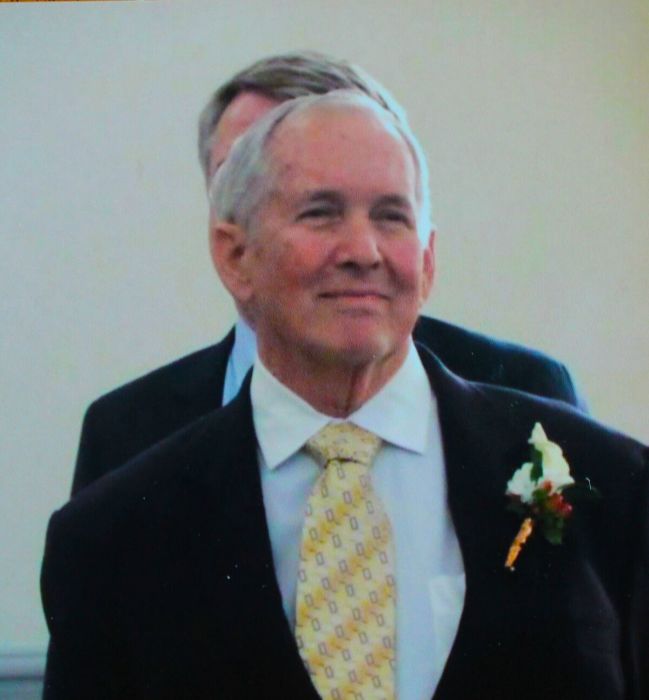 Walter G. Moon, devoted husband and revered and respected father, stepped into eternity and God’s care on August 25, 2018. A service to honor his memory will be held at Bright Funeral Home in Wake Forest on Saturday, September 1, 2018 at 1 PM.

Jerry was born in Washington, DC on July 24, 1937 and lived most of his life in Baltimore, MD where he married his childhood sweetheart, Carol Z. Moon for 54 years. Together they built a blessed life of raising their family and were actively engaged in church and community activities. In his later years, he moved to Raleigh, NC. where he found love once again and married Mary Tate Graham Moon for almost five years.

Jerry is predeceased by his parents Walter Mitchell Moon, Eileen Lynch Moon and his first wife Carol Z. Moon. He leaves behind his devoted family including his second wife, Mary Tate Moon; his sons and their wives Jeffrey and Prakairat Moon, Jay and Pam Moon, and Scott and Vicky Moon; his grandchildren Jeremy, Emily, Joshua, Bethany, and Chaska; and great grandchildren Audrey Grace and Sophia Joy.

There’s still time to send flowers to the Service at the Bright Funeral Home at 1:00 PM on September 1, 2018.