Several readers mentioned that the recent armed robber of the BP station near Food Lion looked like a cook at the local Waffle House. And now that they mention it I am certain the last time I was at Waffle House he was the skinny cook with long hair that made my delicious Waffle House special. 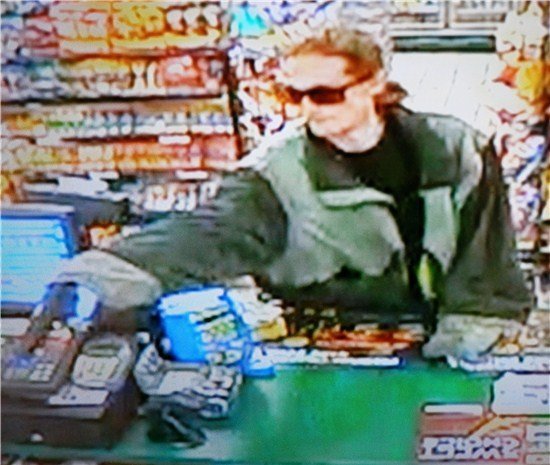 What utterly defies logic is how Josh Barfuss, who lives in the Whispering Pines Mobile Home Park off Purnell Road, ever had the idea that robbing the BP station near work and home would be a brilliant thing to do.

His booking mugshot says he was arrested at 991 Durham Road, which is also listed online in places as the address for the Waffle House on Durham Road. 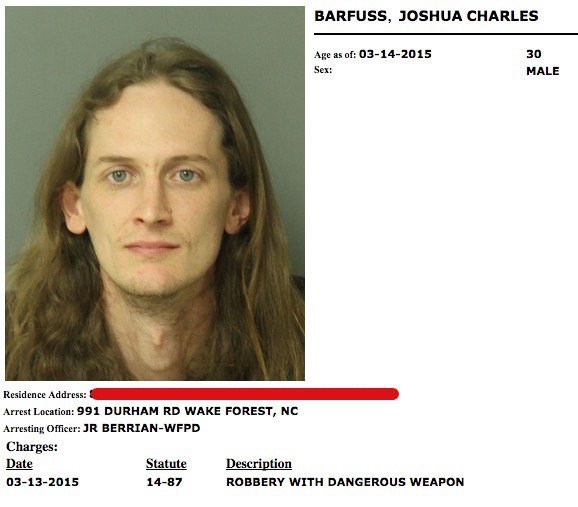 I can’t help but wonder if there was some underlying mental or chemical issue that drove Barfuss to take such an illogical action and rob a store near his work, at gun point, and then apparently show up at work the next day.

You almost have to wonder if Wake Forest Police Department Officer Berrian, who arrested Barfus, didn’t just pull up at Waffle house, leave the door open, walk in, and say, “Dude, get in the car.” But I’m sure, considering the cook could be armed, that it was a little more tense than that.

In an example of ultimate irony, a woman who works at the Dunkin’ Donuts, nearly next door to the Waffle House, is actually an owner of the BP Station Barfuss robbed. The circle gets smaller and smaller.