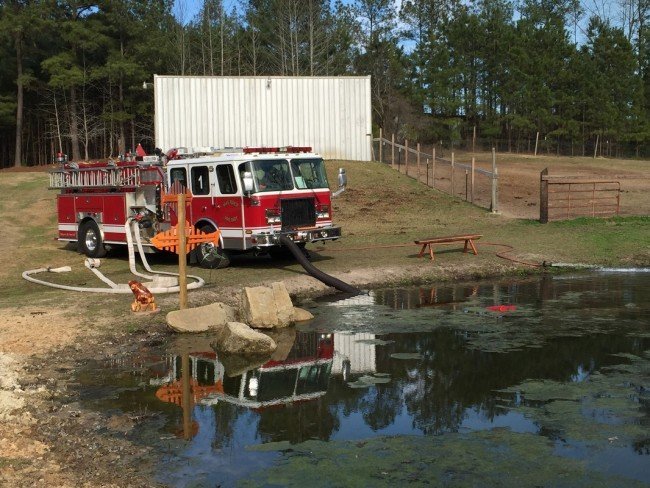 Engine #1 responded to Youngsville Wednesday for two separate emergencies. The first was to assist on a house fire off of Ridgewood Rd. Engine #1assisted with water supply and fire attack. The second was for a large brush fire in the Foxridge neighborhood. On this call, Engine #1 set up a water point and filled up tankers by drafting from a pond (as seen in the photo.) 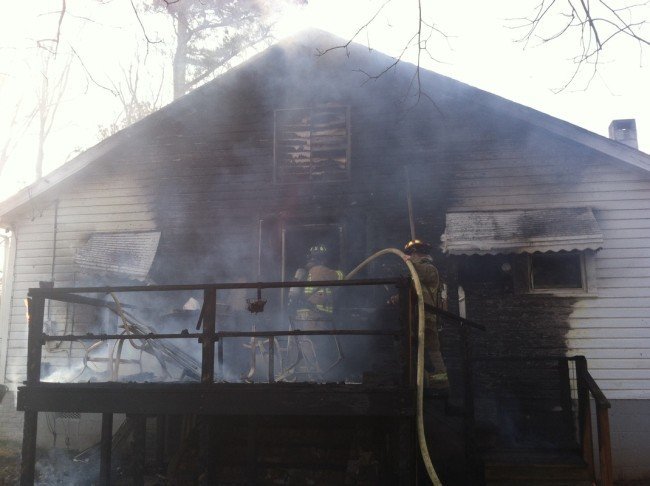 A fire that started on the back deck of this house on Elizabeth Ave quickly spread into the home’s attic and a few rooms. Engine #1 was first to arrive and found heavy fire conditions on the backside of the house. Crews worked for a little while to fully extinguish the blaze. The homeowner suffered minor burns to his hand. Other units on scene included WFFD Engine #2, Engine #5, Ladder #1, and mutual aid units from Stony Hill. 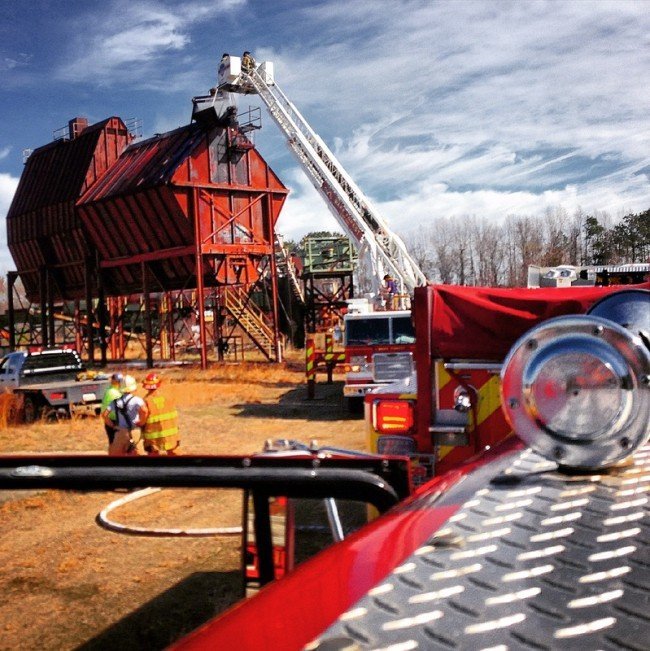 Ladder #1 responded mutual aid with Bunn Fire Department when a wood chip bin caught on fire. Ladder #1 was used to spray water from the top of the bin to extinguish the fire. Crews were on scene for about 2.5 hours. The fire started when the bin was being disassembled, no one was injured. 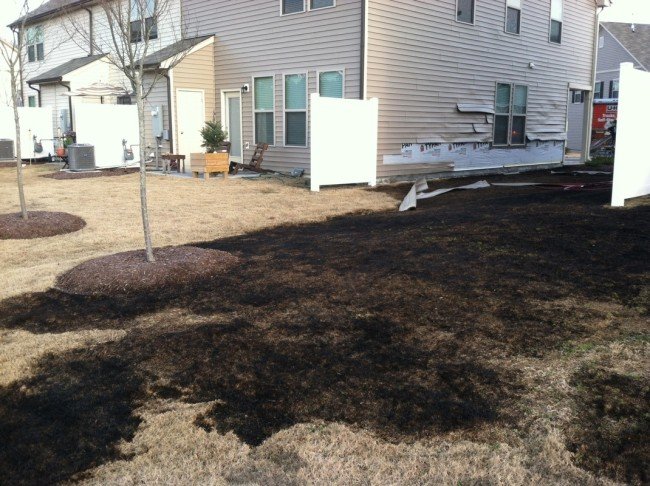 A grass fire burned in between two town homes in the Shearon Farms Subdivision Tuesday and caused damage to both homes. Engine #3 arrived to find the grass fire burning between and behind two separate building units. The fire was extinguished before any fire could extend into the homes but the heat did melt the vinyl siding.