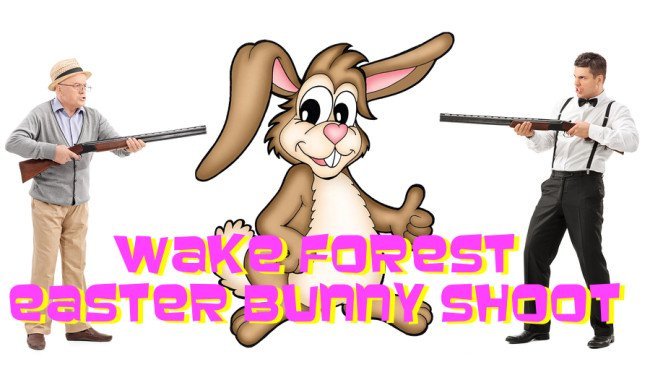 This year local hunters asked a very good question, “If we can have a turkey shoot, why can’t we have an Easter Bunny shoot?” To which the resounding answer was “Dunno, let’s do it!”

For those unfamiliar with a turkey shoot. It’s an organized activity, sometimes held to raise money for this or that where people shoot shotguns at paper targets about 30 yards away. The winner gets a frozen turkey.

“The kids get all that candy and fun running in the park. But what do I get?” said one local shotgun owner.

“I think it’s a grand idea,” said Mary Margaret Muckenfus. “The flower club members would probably love to participate once they’ve finished hiding easter eggs for their grandbabies,” she added.

According to the Town of Wake Forest, this years frolicking great Easter Egg Hunt will be held March 28 in Joyner Park. The kids and volunteers have a grand time. You can read our review of the event from last year in Easter Bunny in Halter Top Lays Golden Eggs in Joyner Park. 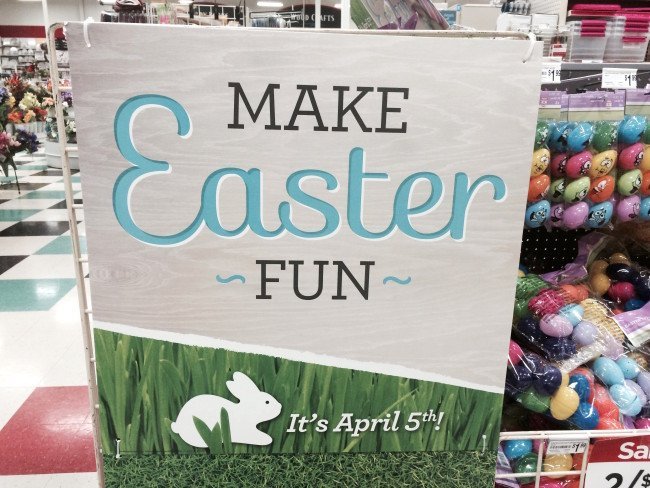 Organizers believe the origins of the Easter Bunny shoot go back to 1974 when a Piggly Wiggly grocery store manager in Ruston, Louisiana thought he spotted an Easter Bunny scarfing away candy to give to children. “We were stocking the shelves after hours when I maneuvered my good eye on that wabbit and let go a blast from Betsy, my 12 gauge to stop that varmit thieving intruder,” said Bubba Johnson III. Police reports says Bubba missed and only succeeded in blasting a huge hole in the Budweiser display where he was standing at the time.

Organizers of the Wake Forest Easter Bunny Shoot say even though this event is not sanctioned by the National Easter Bunny Association it will count nonetheless for local bragging rights.

Entrants will require cash and a good explanation to their kids why they were trying to shoot the Easter Bunny target.

“I’m just happy to participate,” said one local resident. “I’m tired of that chocolate egg laying man-sized rabbit costing me so much time and money on a fine spring day,” another said.

Personally we are curious why the Easter Bunny is associated with chocolate eggs when something sized more like a Tootsie Roll or Raisinettes seem easier to lay. Just sayin’.

This article started out as a work of satire, just to put a smile on your face and make you laugh. In our research for the article, as unbelievable as it may be we actually do research, we came across the following videos below and didn’t quite know what to do with them so we stuck them below.

A few years ago one family put together the following video of their Easter Bunny Shoot and why shooting the Easter Bunny is a truly religious event. They seem to believe it’s what Jesus would do.

And then there was this. “Missed the bunny but you got the neighbor.”

And this handicapped video from Louisiana.

“I Still Got It!” Yes you do but the young kids will now require therapy. 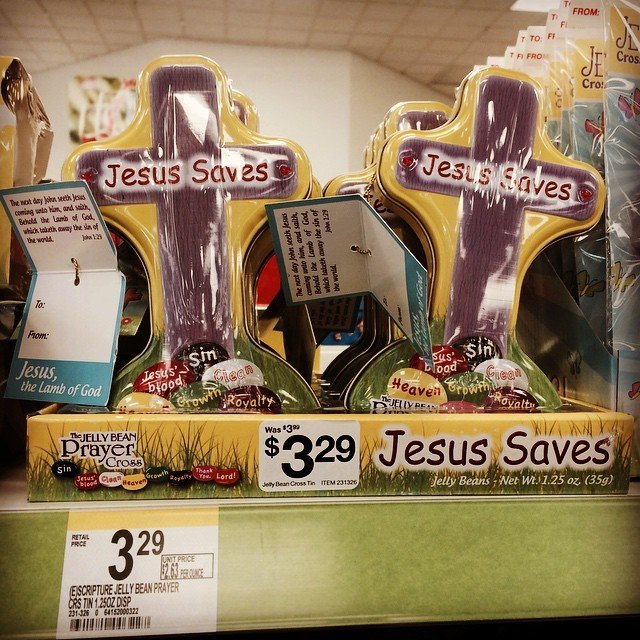