At 12:37 PM on May 1, 2019, Wake Forest Fire Department Engine 1, Ladder 1, and Battalion 1 were dispatched to the intersection of S. Main Street and Dr. Calvin Jones Highway for a vehicle collision that allegedly occurred during a vehicle chase involving a Wake County Sheriff’s Deputy.

The suspect vehicle struck two motorcyclists potentially stopped at the traffic light and another car. Five people were found to be injured when Wake Forest Fire Department firefighters arrived on the scene.

Several individuals were transported by Wake County EMS for medical care. The suspect allegedly involved in the accident was apprehended. 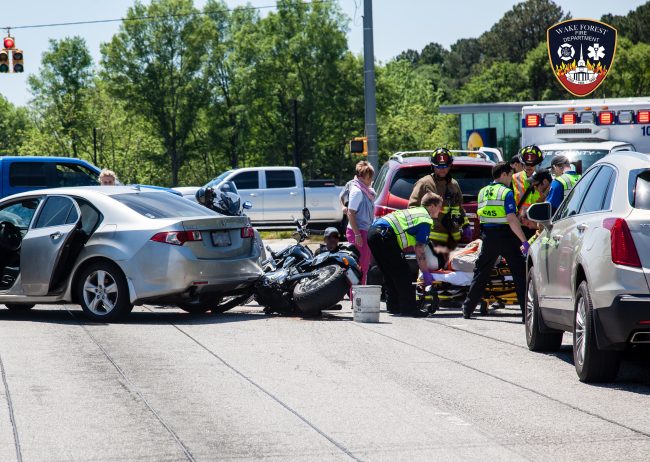 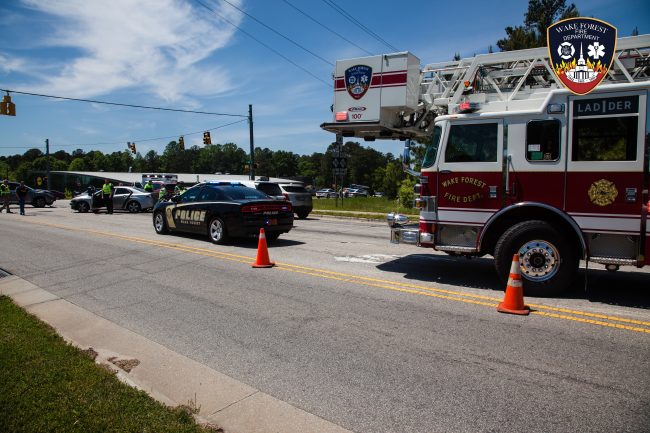 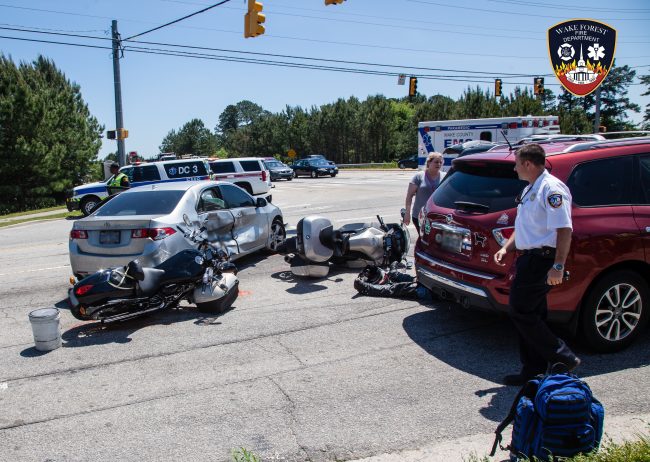 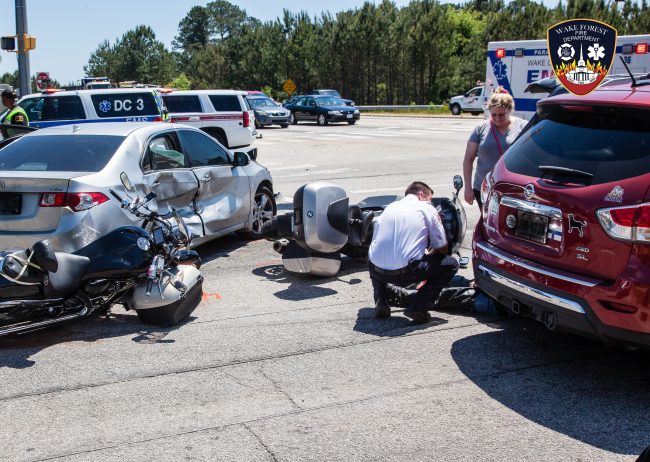 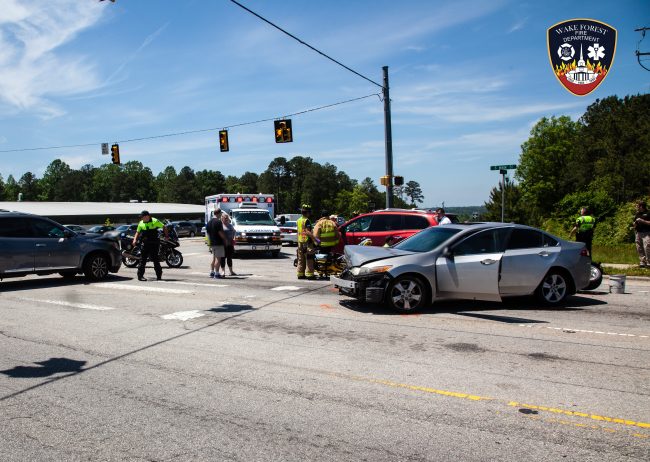 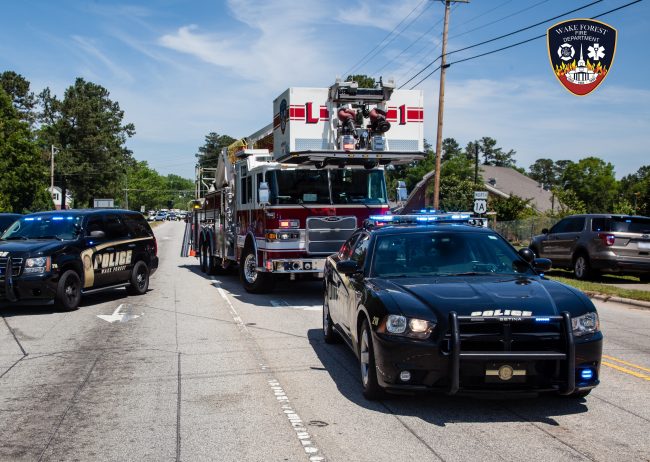