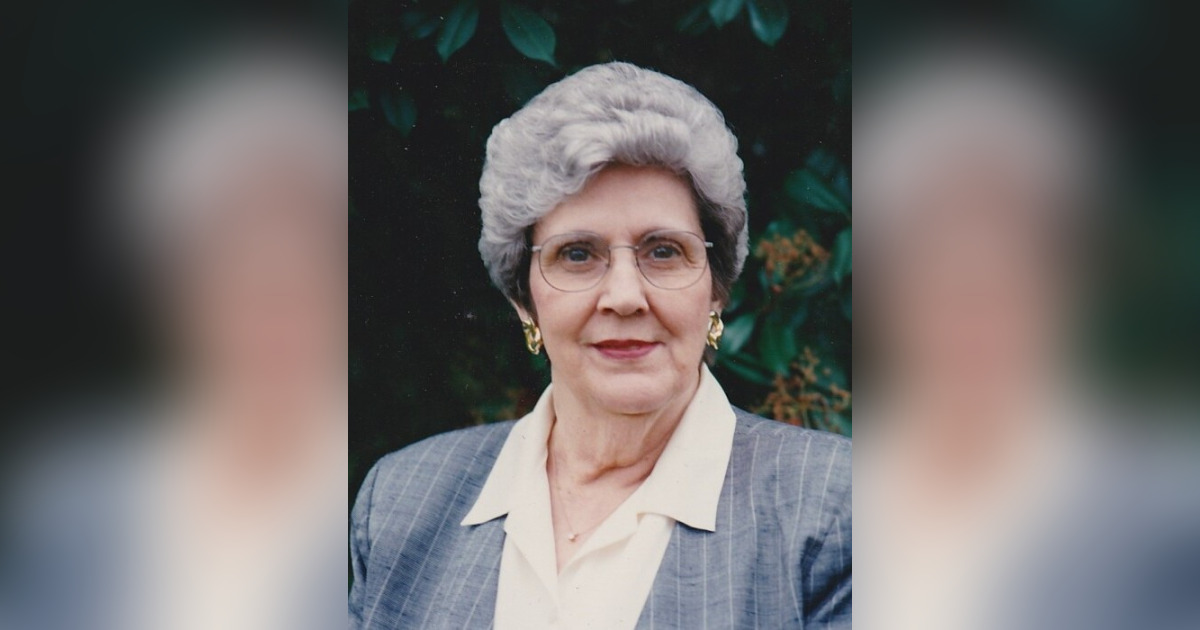 Tempie Ellen Watkins Woodlief, 90, was born on December 3, 1929 and joined her husband Leelan on November 9, 2020. Ellen was born in Wake County to Jesse Braxton and Ethel Irene Watkins. On October 21, 1950, she and Leelan were married, then lived the rest of their lives in Youngsville.

Funeral services will be held graveside at the Youngsville Cemetery on Saturday, November 14 at 2 pm. Reverend Charles Stratton of Youngsville Baptist Church will officiate.

Ellen is survived by her three children Leelan Mark (Kim), Connie Ellen, and Larry Joseph (Lucia). Her grandchildren include Kathryn Pothier (Robert; Dallas, TX), Andrew Moreadith (Raleigh, NC), Chris Tidwell (Tuckahoe, NY), Kayla Tidwell (Charlotte, NC), and Sarah Livengood (Fayetteville, AR). Her great-grandchildren include Bobby, Jane, and John Pothier. Emma Jo Watkins, her sister-in-law, also survives her, as well as numerous in-laws, nieces, nephews and their children who were each special to her in their own way. Ellen was predeceased by her parents, her brother J. Wilton Watkins, niece Robin Watkins, and Leelan.

Ellen always led an active life. In high school, she was a member of the first class of NC Seniors to complete 4 years of high school (versus 3). The additional Senior year allowed her to continue showcasing her talent for the sport she loved, basketball. After attending business school, she worked in Raleigh where she was recruited to play in the City Basketball League on the Johnson Lambe team. Which meant that she never let her family forget she was the only professional basketball player around.

After meeting Leelan (at a high school basketball game) and marrying him in 1950 they settled in Youngsville. She became an integral part of the Youngsville Woman’s Club, where she started numerous activities and garnered praise and awards for her work. She was a prolific seamstress and tireless cook. Her career as a Teacher’s Aide at Wake Forest Elementary was a joy to her as she worked with students, teachers and administration, excelling in all of her roles. Through it all, starting in 1964 and continuing through 1980 she faithfully and happily attended countless Junior Varsity, Varsity, and College basketball games and camps in which her three children played, providing tips and game breakdowns. Once she finally got Leelan on his first airplane since his Navy days, they loved travelling, to some places which are still not supposed to be named.

Ellen’s love, as well as expectations, for her family were always present. While those who knew her best could sense that her real destiny may have been in a different era, she made a difference wherever she found herself.  She was surrounded by family in the form of photos, wearing her favorite basketball player’s number and wrapped in the warmth of an NC State blanket as she departed for her final home. She’s likely already starting a game.

In lieu of flowers, donations may be made to the Franklin County Animal Shelter or to the Youngsville Woman’s Club.