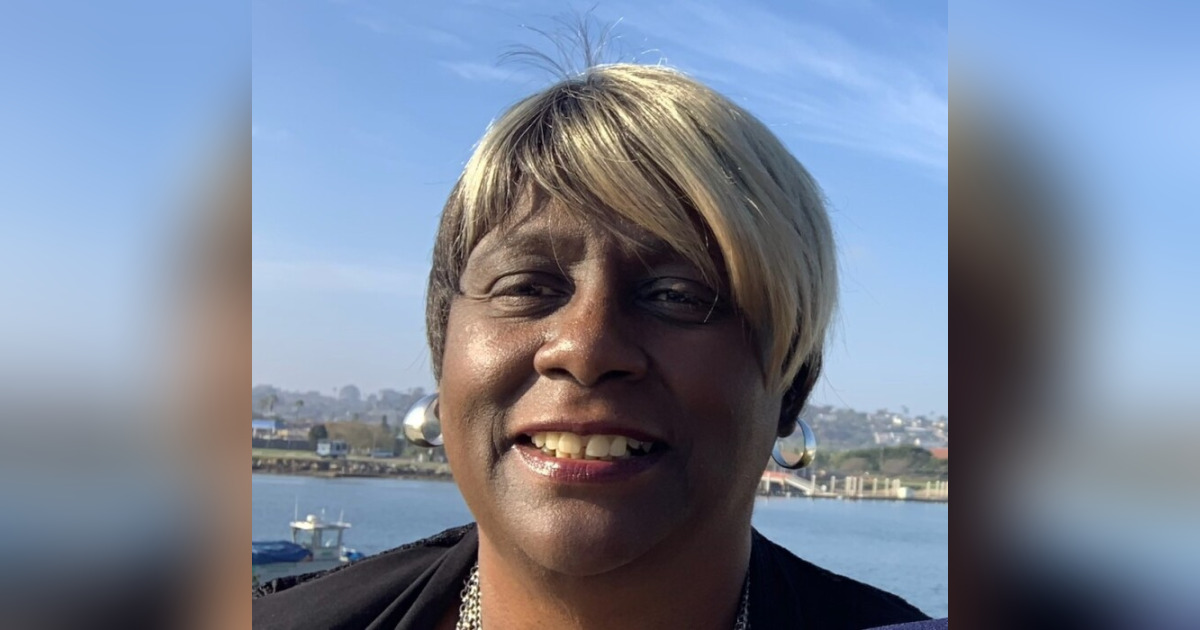 Pat was born to Barbara A. Owens Lemon on 8/4/1954 in Martinsville, Virginia. She was adopted by Myrtle and Benjamin Perkins.

Gloria met and a married James Lawson and they had daughters, Jamie Lawson and Dinetta Richardson.

Pat became a follower of Christ in her early 20’s. She had a passion for helping people and became a registered nurse. Pat retired from her nursing career in the spring of 2020, after 46 years of service. She attended “The Rock Church,” in San Diego, CA where she was a devoted intercessor. In her spare time, Pat loved to travel, bake and create new recipes. She was a very adventurous person who never met a stranger and will always be remembered for her optimism and inspiring heart.

She will be missed, but never forgotten.

Attention: Christopher and Shannon Clark invite you to a scheduled Zoom.