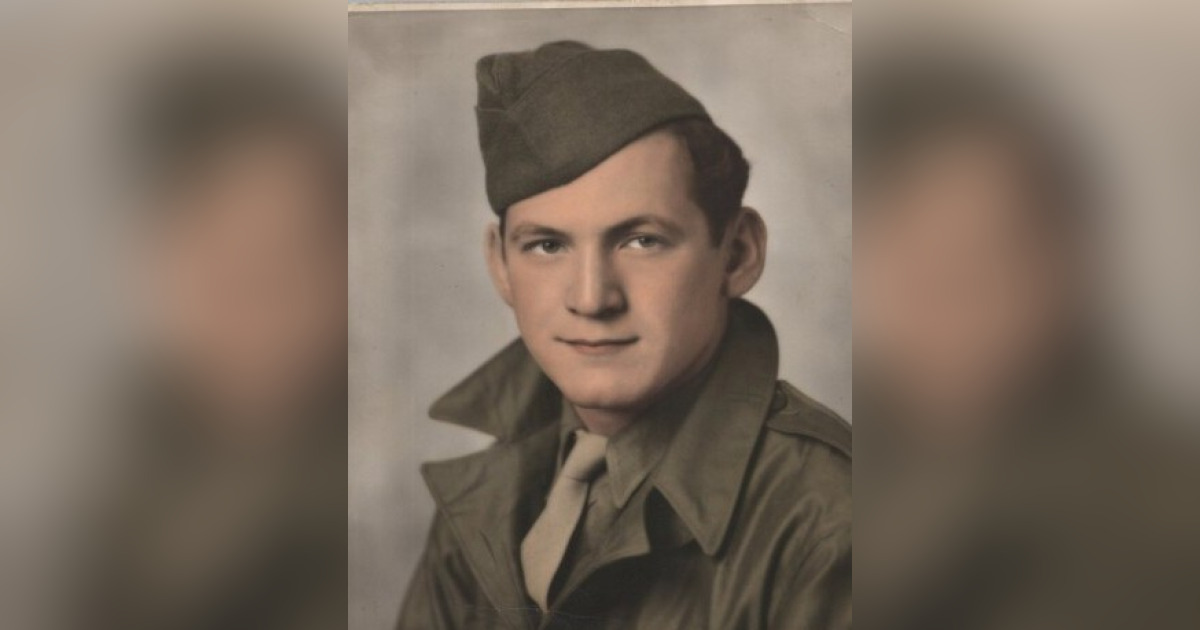 Born in Schenectady, NY as the youngest son of Alice and William Richardson, Dick’s childhood included walking to school uphill both ways in the snow, and learning from the school of hard knocks. He shared stories of his many childhood jobs, including setting pins at a bowling alley and collecting glass bottles for the penny deposit return. This childhood developed a man of character that later molded his own family.

Dick spent some of his young life as a communications soldier in the Pacific Theater of World War II. Dick did not speak much of this time, but often commented that “there were no atheists in a foxhole.” We knew his faith in God was his refuge.

Dick’s family began in 1949 when he met the love of his life, Ellen Ruth Richardson (Boyark), the prettiest cashier at the Kresge Five and Dime where he worked. They have remained together for over 72 years, setting a beautiful example of love for their four children: Timothy & Annie Richardson (New Mexico), Susan & Bleu McNitt (Oklahoma), David Richardson & Judy Norman (Missouri) and Cyndy & Brad Bruce (North Carolina). Dick enjoyed a large extended family with 11 grandchildren and 8 great-grandchildren.

Dick was always focused on his family and community. He led numerous Boy Scout troops, helping and encouraging children to develop faith, resiliency and leadership. He encouraged his own children in achieving Eagle Boy Scout and First Class Girl Scout awards. He instilled in those around him a strong sense of duty to serve others, appreciate God’s creation, and celebrate life.

Having resided in New York, Arizona and North Carolina, Dick touched many lives. All of whom loved Dick dearly and will never forget his tenacity, wit, charm, grace and undying love and concern for them. Howard Richard Richardson will be sorely missed.