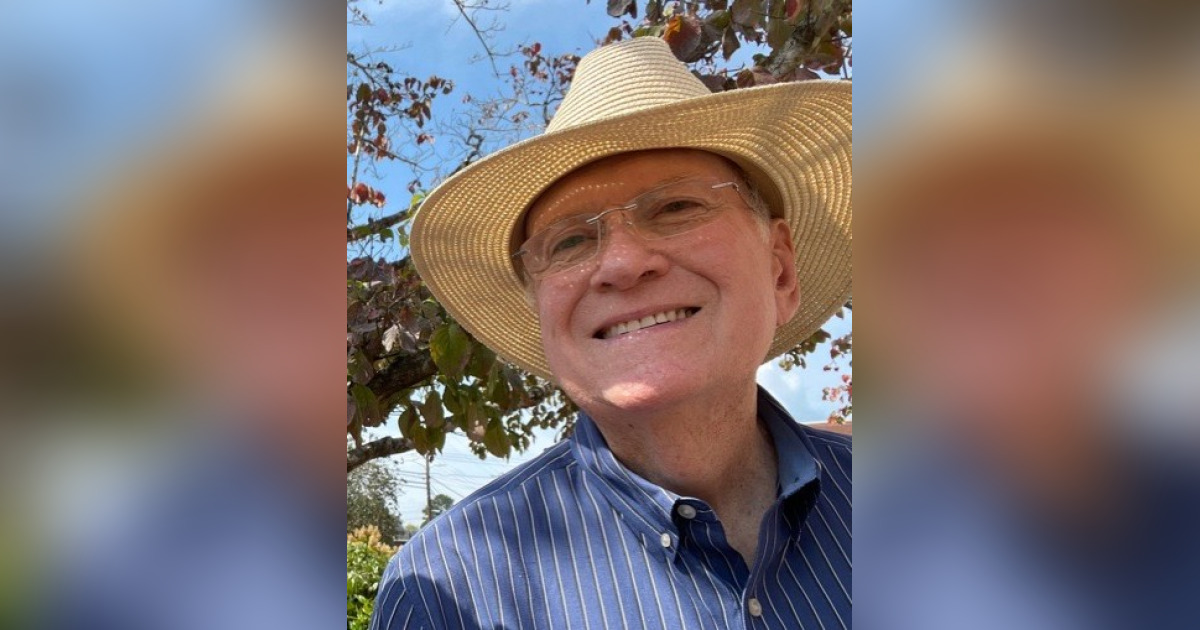 Daniel (Dan) was born on August 16, 1946 in Gainesville, Florida. He graduated from Trenton High School, June, 1964. He earned the Bachelor of Science Degree in Agriculture Economics from University of Florida, Gainesville, December 17, 1968. He began working as a fourth grade teacher in Ft White, Florida.

Dan and Christine moved to Bunnell, Florida July, 1970 where he accepted job as Agriculture Teacher for one year before he was drafted into the army. Dan and Christine were married on February 1, 1969. They lived on the family farm, Fairfarm. He pursued & obtained his degree in Agriculture Education. Christine finished a Bachelor of Science Degree in Education in June, 1973 from Florida State University. Children, Dana, born September 19, 1974 and Adam, born September 29, 1976, were the lives of their love.

Dan and Christine worked as volunteer leaders in church education, beginning at Pine Grove Baptist Church, Trenton, Florida. They extended their leadership to Harmony Baptist Association and became Special Workers on Assignment to the Florida Baptist Convention and the Southern Baptist Convention serving at Ridgecrest Baptist Assembly, Asheville, NC and the Convention headquarters in Nashville, TN.

Dan earned the Master of Science degree in Educational Administration on August 22, 1977 from Nova University in Florida. Dan continued helping his father on the farm planting crops and raising livestock, while also beginning work both as a guidance counselor and then agriculture teacher at Chiefland High School from July 1972 – June, 1981. From April 1971 – September 1976 he served in the US Army National Guard Reserve.

The young family moved to Ft Worth, Texas in August, 1981 where Dan earned the degree Master of Religious Education from Southwestern Baptist Seminary, June, 1984. They returned home to the farm while Dan continued Bi-vocational career as Agriculture Teacher and Church leader. Christine finished her Master of Science degree in Education from University of North Florida, Jacksonville in1985 & began her teaching career while working as a church leader, too.

Dan became Assistant Principal at Chiefland Middle School in 1988 – 1997. He worked as Dean of Students, Chiefland High School, July 1983- July, 1987. He became Principal of Cedar Key School, Cedar Key, Florida in 1997 – 2006. He retired and worked as a Regional Administrative Mentor for the Goldman Foundation, July 2006 – June 2007. Never satisfied if he wasn’t working as an educator, He became a District Administrator for Levy County Schools, from July 2008 – June 2011. He was the Graduation Coach at Williston High School from July 2011 – June 2012. He served his last year for Levy County Schools as Principal at Cedar Key School. Both he and his wife retired June, 2013.

Both of their children became residents of NC as they graduated from college. Dan and Christine would make the trip to see them at least four times a year. After their first grandchild was born, they felt the urgency to relocate in Wake Forest, NC to be closer to their children’s families. May, 2017 Dan and Christine were at home in their house somewhere near Wake Forest. We first learned about Dan’s autoimmune disease in 2011. He lived well on medications until February 1, 2021. His kidneys failed & he became dependent on dialysis.

Dan always has cared about the Church and has a deep, abiding faith. Dan was an extrovert and never met a stranger. He had a gift of gab. He was quick to talk to others about his faith in Jesus, Lord, Savior and wanted everyone to have a relationship with Him. His smile was contagious and he enjoyed his life. As much as it breaks our hearts not to have him here with us, he remains the best example I know of a life worth living.

I will always love you, Dan.