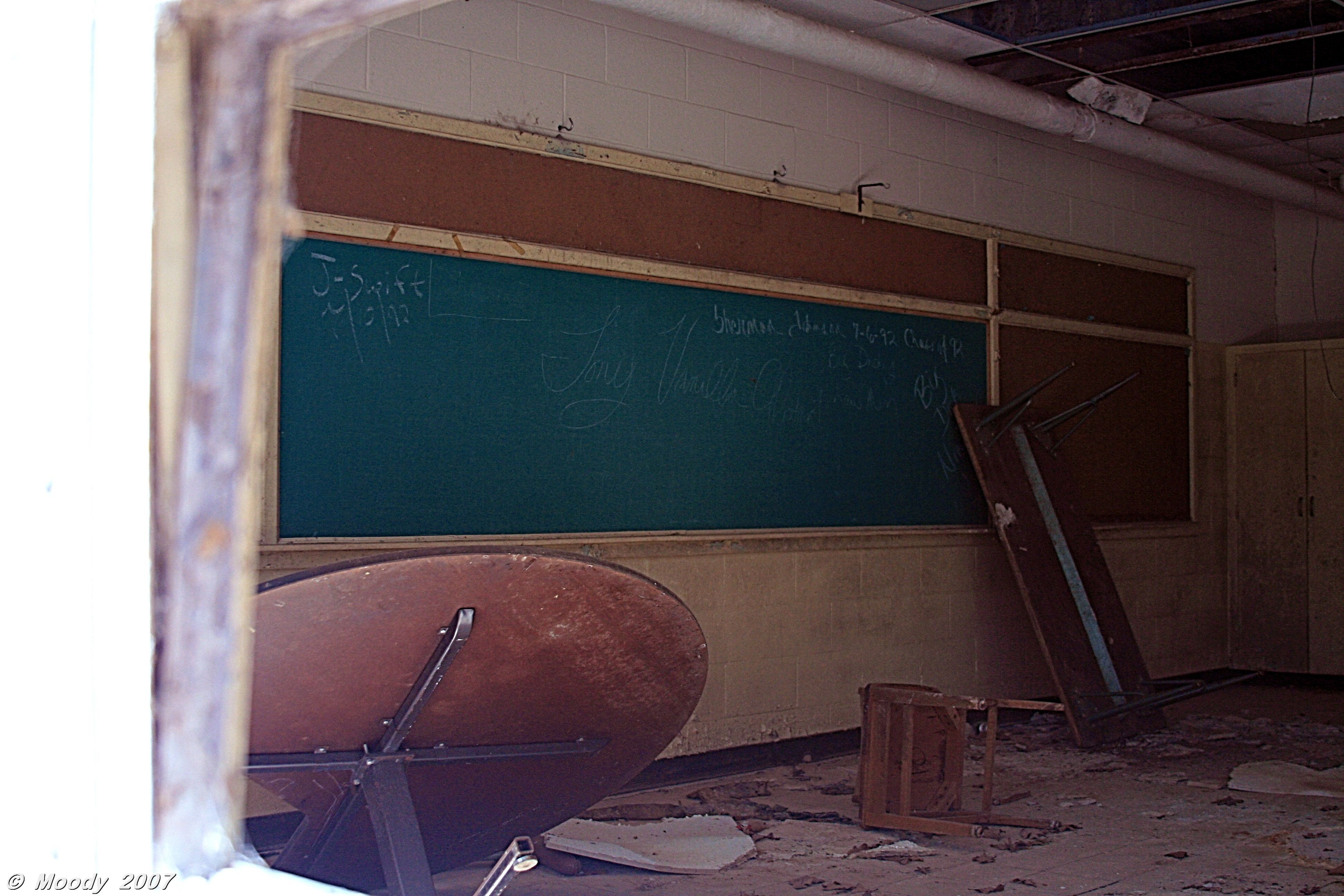 A look into a seventh grade classroom as it was left in 1989. This building could be saved if repairs started right away.

This is just some totally random Wake Forest, NC photo for you to enjoy that was shared by the photographer linked above.