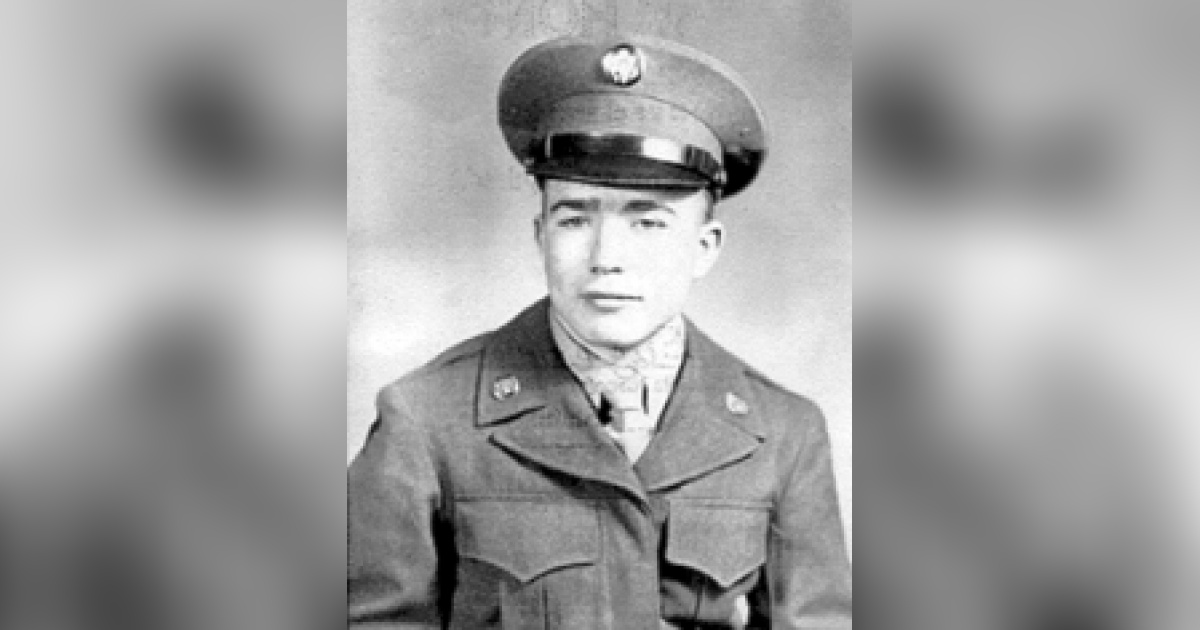 Corporal Leon Eugene Clevenger was born on February 22, 1929, in Lonoke, Arkansas to William and Violet McFadden Clevenger.  The family relocated to Durham, North Carolina when Leon was a young adult and he enlisted in the United States Army.  On July 11, 1950, Leon, an infantryman with Company K, 3rd Battalion, 21st Infantry Regiment, 24th Infantry Division was reported missing in action while involved in combat operations against the North Korean People’s Army.  His remains were accounted for in September 2019 through DNA, dental, and anthropological testing.  Corporal Clevenger will be buried on Saturday, December 11, 2021, at Oak Grove Memorial Gardens in Durham, NC in close proximity to a younger brother’s grave.

Corporal Clevenger was awarded the Purple Heart, the Combat Infantryman Badge, the Korean Service Medal, the United Nations Service Medal, the National Defense Service Medal, the Korean Presidential Unit Citation, and the Republic of Korea War Service Medal.  His name is recorded on the American Battle Monuments Commission’s Courts of the Missing at the Punchbowl along with the others who are missing from the Korean War. A rosette will be placed next to his name indicating that he has been accounted for.

Leon had five brothers and three sisters all deceased: Marion Thomas “Jack” Skaggs, William “Duke” Clevenger, Billy Clevenger, Arvel Dan Clevenger, and Joe Donald “J.D.” Clevenger Dorothy Clevenger Berrong, Nellie Clevenger Denobile, and Helen Clevenger Anderson.  His family never stopped missing him and hoping that he would one day return.  It is with rejoicing that Leon’s many nieces, nephews, great-nieces, great-nephews, and one surviving sister-in-law, Emma Clevenger welcome him home after more than 69 years of not knowing his fate.

Leon was a talented musician and especially gifted in playing stringed instruments.  He could play everything but the banjo, but his favorite instrument was the steel guitar.  He could really “slap” the bass and he enjoyed making music with his military brothers in the “Gimlets” band.  Leon aspired to play professionally one day.

Besides being talented, Leon was generous and kind as evidenced by the letters he left behind.  He was concerned about doing the right thing and taking care of others.  He treated people with respect and left a legacy of being a good brother, son, and friend.  He sent special gifts from Japan such as silk scarfs for the girls and silk shirts for the boys just to let them know he was thinking of them.  He often sent money home and he loved to send gifts to his parents.  He was always asking about his siblings and encouraging them to pursue good things like learning new skills.  Leon missed his family and he longed for his mother’s homecooked meals.  In one letter, he said he could eat three pans of her homemade butter biscuits!  He missed hunting, fishing, and playing music with his dad.  He was counting the months until he would be home.  Leon and his mother wrote frequently and they would include sticks of Juicy Fruit gum as a special treat to one another.  These are just a few of the things that made Leon special, but we are also very proud of his courageous service to our Country.  We respectfully remember his sacrifice and we also acknowledge and appreciate all who have served.

There will be a private viewing for the family from 9:00-9:30 a.m. on Saturday, December 11th at Bright Funeral Home, 405 S. Main St, Wake Forest, NC.  A graveside service and interment will follow at Oak Grove Memorial Gardens, 3712 Cheek Rd Durham, NC at 11:30 a.m.  The family welcomes all veterans and friends to join them as they celebrate the long-awaited homecoming of their loved one.

The family would like to express our deepest gratitude to the military personnel who guided us through this process and to Amie Sexton and the Bright family at Bright Funeral Home for their generosity and kindness in helping with memorial arrangements. A special thanks to the Defense POW/MIA Accounting Agency (DPAA), Department of Veterans Affairs, and the Department of the Army for their partnership in identifying our loved one’s remains.  It is our belief that Leon accepted Jesus Christ as his Lord and Savior before departing this earth and his soul already resides with our Lord.